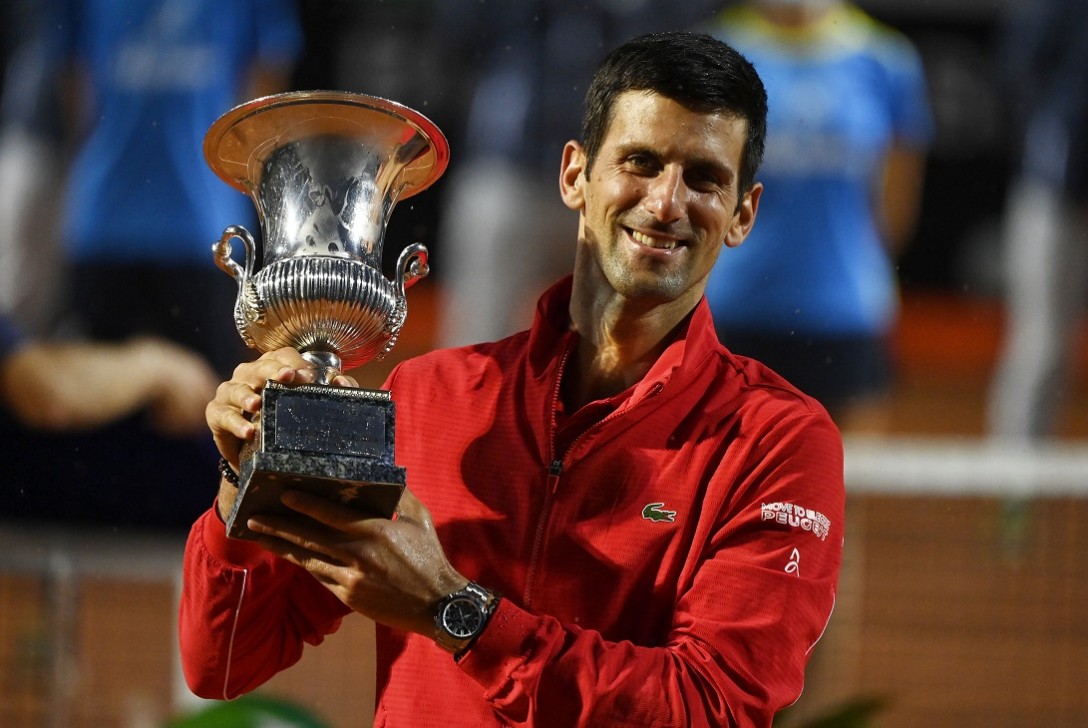 Novak Djokovic won his fifth Italian Open title as well as sealing a record 36th Masters 1000 title thanks to a 7-5 6-3 victory over Diego Schwartzman on Monday.
Schwartzman, who knocked out nine-time champion Nadal earlier in the competition, was unable to contain the top-ranked Serb in front of 1,000 spectators admitted into the main Centre Court.
"It was a great week," Djokovic, 33, said on court after the match. "A very challenging week.
"I don't think I played my best tennis throughout the entire week, but I think I found my best tennis when I needed it the most in the decisive moments.
"That definitely makes me very satisfied and proud that I managed to find that fifth gear when it was most needed."
Playing in his 10th title clash in Rome and 52nd Masters 1000 final of his career, world No 1 Djokovic didn't have things all his own way. He started sluggishly and trailed 0-3 in the opening set but he broke back and saved a set point en route to taking it 7-5.
Schwartzman snatched another early break in the second set but this time Djokovic was quick to respond.
He stepped up the intensity to break Schwartzman's serve twice before serving out the match comfortably to seal victory.
The result also comes as a relief for Djokovic, who was desperate to return to court this week following his US Open disqualification for inadvertently striking a line judge with a ball.
Heading into next week's French Open, Djokovic has now won 31 of his 32 matches this season, and will be one of the favourites in Paris alongside 12-time winner Nadal and newly-crowned US Open champion Dominic Thiem.