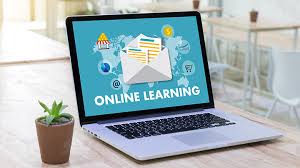 Teachers of government schools of Belabo Upazila in Narsingdi, only 71 kilometres from the capital Dhaka, are offering online classes in line with the education ministryâs instructions. But the response to the initiative has been lukewarm amid the pandemic.
The attendance has not exceeded 5 percent even though the lessons are being streamed live on Facebook, according to Islam Uddin, acting headmaster of Dewaner Char High School.
The picture is much the same in other districts.
A child journalist of bdnews24.comâs Hello asked Sakibul Hasan, a third-grader at Khardwar Government Primary School in Bagerhat, why he was not attending the online classes.
âI canât do it because we donât have a big phone [smartphone],â he replied.
âHow can I buy a phone when I am unable to pay the house rent properly?â Sakibulâs father Md Shahin said.
The boy is lagging behind his classmates in their studies, Sakibulâs mother Salma Begum lamented.
About 10 percent of parents are estimated to have smartphones, but not all of them have a WiFi connection, while it takes a lot of money to buy mobile internet data to attend four classes a day â each spanning around 25 minutes, Islam Uddin said.
The teachers have also complained about poor network coverage and power outages, which are reducing the attendance numbers.
âWe are not getting a significant response from the students. Only three to four students are coming to attend a single class,â Islam said.
The government followed in the footsteps of private educational institutions by launching online classes after the country went into lockdown in mid-March. Remote lessons are also being broadcast on Sangsad TV.
Bayezid, a student of Shalmara Primary School in Lalmonirhatâs Aditmari Upazila, said he did not have much of a concept of remote learning.
âWe canât watch Sangsad TV because only one out of every 100 households in our village has a television. Internet connection is also very poor here. It will be better for us if the schools reopen and we attend classes in person,â he said.
Pupils in the cities are mostly reaping the benefits of remote learning amid the pandemic while those in the small towns and villages are hamstrung by a lack of mobile devices and access to the internet â a reality that has brought the issue of income inequality to the fore.
The effects of the pandemic and the shutdown on low-income groups will lead to a sharp increase in the dropout rate, educationists have warned.
âOnline classes are going on in the schools here. We will also start it in our school from next week. But the students are not able to attend classes as they don't have smartphones and adequate networking availability,â said Rimel Chakma, a fourth-year undergrad of Rangamati Government College, who works as a teacher of a private school in Langadu.Â
The schools and colleges in the district are organising online classes, but poor network coverage has hampered the lessons, he added.Â Â
Source: bdnews24.comÂ