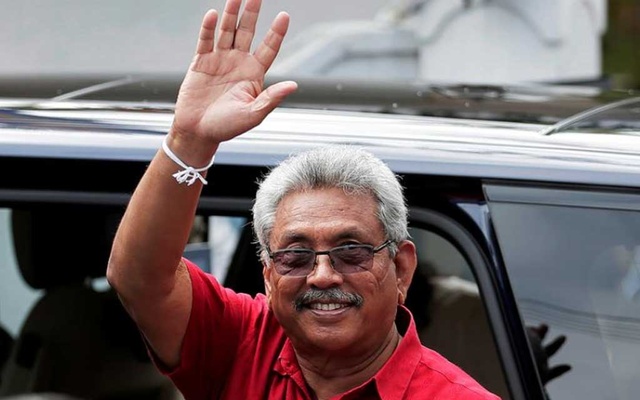 Reuters:: China and Sri Lanka plan to restart discussions on a free trade agreement, Sri Lankan President Gotabaya Rajapaksa said on Friday, following a high-level meeting between the two countries.
Seen as close to Beijing, Rajapaksa has appointed several members of his family to top cabinet positions since his party won a commanding majority in August's parliamentary elections - including his brother Mahinda, who previously also served as president.
Negotiations on a free trade agreement were last held in 2017.
China has been making increasing inroads into South Asia with its Belt and Road Initiative, aimed at financing critical infrastructure in dozens of countries across the world.
In 2017, Sri Lanka signed over control of a Chinese-financed port and land around it to Beijing after incurring heavy losses, to the alarm of the United States and regional power India.
On Friday, Rajapaksa rejected accusations that China wanted to trap Sri Lanka into mounting debt with the port deal.
"Many geo-political analysis interprets this project as a 'debt trap' set up by China to gain control over Sri Lankan affairs," Rajapaksa told the Chinese delegation, led by Yang Jiechi, China's top diplomat.
"I want to prove that it is not the case and that this large-scale project will help improve the living standards of the people," he added.
The countries also agreed to deepen ties in the agriculture, education, tourism, water supply and healthcare sectors, according to a summary of the meeting released by Rajapaksa's office.
The Chinese visit comes as Sri Lanka faces mounting worries over the state of its finances, with rating agencies warning that a coronavirus-induced shock will significantly weaken its "already fragile funding and external positions".
Rajapaksa said on Friday that the country's trade deficit with China is too high and called on Beijing to increase the volume of goods purchased from Sri Lanka to bring it down.