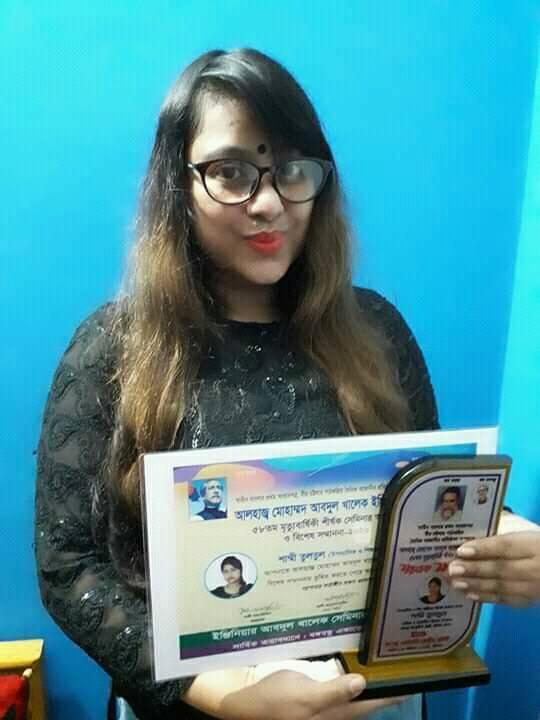 The popular Litterateur Tultul awarded with the dignified medal for her notable contributions in novel and children literature.
Engineer Alhajj Abdul Khaleque, was the founder Editor of the first Bangladeshi daily âDainik Azadiâ.
The award giving ceremony organized in Reema Convention Hall at Chattogram recently.
Bangabandhu Academy central committee organized a programme to discuss about life and work of Engineer Alhajj Abdul Khaleque and the glorious contribution of historical Dainik Azadi.

10 persons have been given award in the programme including Shammi Tultul.
Shammi Tultulâs work has been published in different national dailies in Bangladesh and India.
She is a regular writer in the Dainik Azadi also.
About 14 of her books have been published so far.
Shammi Tultul becomes emotional as she rewarded with the venerable award. She requested all to keep her in their prayers.