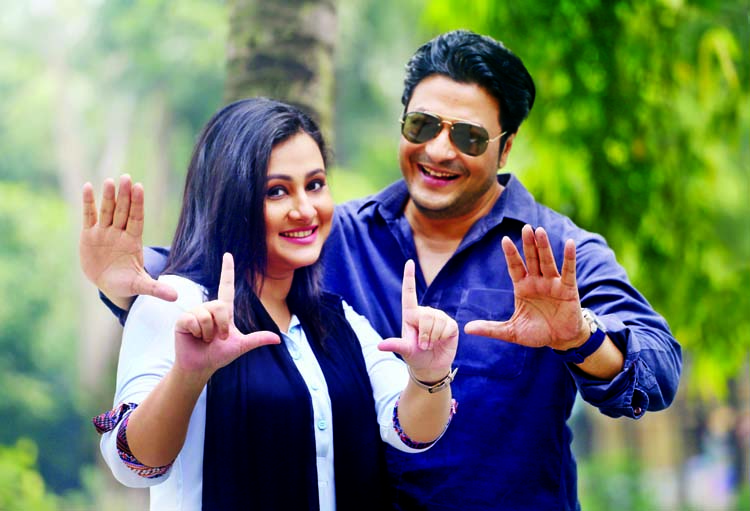 Entertainment Report :
âPurnima is a dedicated actress. It is very necessary to be a good human being before acting. Purnima is not only a talented actress but also a good human being. She is a top class actress. To keep in mind this thing, she has returned to acting after taking one day rest. So, full unit became happy. Purnima didnât want to keep the work stop,â popular film actor Ferdous said this about her co-actress Purnima, who became sick after taking part in shooting of movie Gangchil and then returning to shooting on October 19.
Shooting of Gangchil started at Floor No 9 at BFDC on October 17 where Ferdous and Purnima took part. After taking part in first dayâs shooting of the movie Purnima became sick. Then she took one day rest and again joined the shooting yesterday afternoon on October 19.
While talking about taking part in the shooting Purnima said, âAlhamdulillah right now I am feeling well. But I am physically weak now. I took part in shooting of the movie to keep in mind the production. It was not fair that only for me full unit would remain workless. For this reason, after taking one dayâs rest, I again took part in shooting of the movie. I give thanks to my co-actor Ferdous to give me courage and inspiration to work. I give also thanks to full unit including its director Noim Imtiaz Neyamul.â
While talking about starting shooting after a long time break Ferdous said, âI am feeling really well to return to shooting after a long time break due to Corona pandemic. We are doing the work sincerely and carefully. We are also maintaining social distance properly during shooting. Shooting of Dhakaâs part of Gangchil will finish tomorrow.â