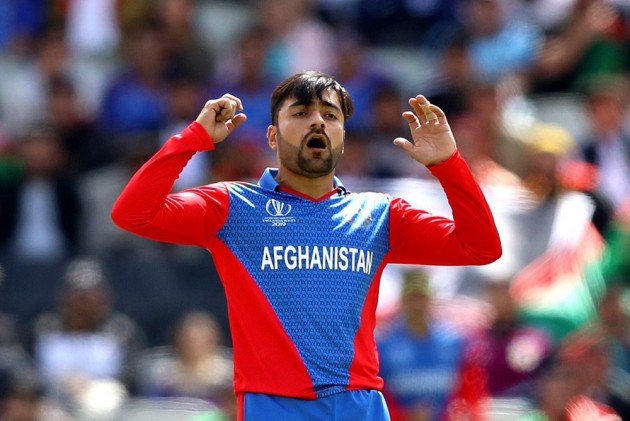 Afghanistan will only develop as a Test-playing nation if they are given more opportunities, says Rashid Khan.
Afghanistan are not involved in the World Test Championship, despite being awarded five-day status by the International Cricket Council in 2017.
A one-off Test against Australia in Perth this winter has been postponed because of Covid-19.
"To become a big player you have to play against the best," Rashid told the TMS does the IPL podcast.
"When I came to the IPL at 17, I saw the players, their workouts and fitness, the net sessions and I realised how much work I needed to do to be much better and more consistent.
"We have played against Australia twice in five years - in the two World Cups - and it's the same with England and New Zealand.
"Hopefully we get some games against them and the rest of the players get the same opportunity to get better."
Instead of participating in the World Test Championship, Afghanistan and fellow Test-playing new boys Ireland were each given a scheduled 12 Tests in three years.
Leg-spinner Rashid, who is the world's number one ranked Twenty20 bowler, is currently playing for Sunrisers Hyderabad in the Indian Premier League.
He is one of three Afghanistan players, alongside Mohammad Nabi (Sunrisers) and Mujeeb Ur Rahman (Kings XI Punjab), to be featuring in this year's IPL.
"I feel so proud, coming from Afghanistan and being on this stage. It's a dream for me, sometimes I think where I was five or six years ago and where I am now, it's something very special for me," Rashid said.
"When I was watching other leg-spinners a few years back, I would never dream that sometime in the future I will be someone else's role model."