The Tribes of Bangladesh: An Overview 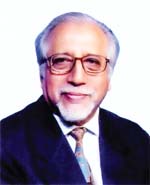 Introduction and Background:
Bango/Bang : Bangladesh
The ancient Bengal was originally a delta. The Ganges was the principal river. The Bay of Bengal was on the southern side of the country. The country had several islands initially and later all these conglomerated into one single landâknown as Bango/ Bang and was inhabited by several tribes came from neighboring areas. Gradually, this land grew into a strong civilized country contemporaneous with Harappa and Mohenjo Daro.Â  In ancient days, the county faced high flood and tide along with tremor. As a result the cities were buried either into the Bay of Bengal or into the Ganges.
Mahasthan or Mahasthangarh represents the earliest and the largest archaeological site in Bangladesh. It consists of the ruins of the ancient city of Pundranagara.The site is 13 km north of Bogura town on the Dhaka-Dinajpur highway Remnants of the earliest cities at Mahasthan Garrah date back to the pre-Aryan period. The oldest archaeological site in Bangladesh is Mahasthan Garrh which dates back to 700 B.C.Â  It was the capital of the Pundrabardhana.
Mahasthan Garrh (Collected) (Broken Glazed Pottery,)

Professor Dr. Anwarul Karim is presently working as the Professor of English and Executive Director, Bangabandhu Research Center, Northern University Bangladesh, Dhaka. . He is an internationally reputed scholar on Sufism, Bauls of Bangladesh,Llano, Tagore and Nazrul with specialization on folklore and cultural anthropology. He is the founder of Lalon Academy (1963), Folklore Research Institute,,Kushtia(1970). He was a Visiting Scholar, Divinity School and Center forthe Study of World Religion (CSWR), Harvard University, USA.(1885), Visiting Professor, Ten reputed Indian Universities(1983).He was Vice Chancellor (Assigned), Treasurer and Supernumerary Professor of English, Islamic University, Kushtia. He worked as a Journalist for Daily Sangbad (1959-60)The Pakistan Observer( 1961 -1971) and The Bangladesh Observer from 1971 DecemberÂ  to 1987). He was Editor, Folklore and Loke-Oitijya (Bangla) of the Folklore Research Institute, Kushtia, Bangladesh.