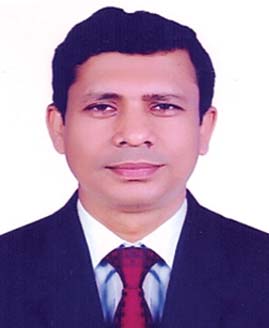 15. SWOT analysis of Silk Sector of Bangladesh According to Silk Manufacturing and Export Association Bangladesh
16. Extension of Bangladesh Sericulture Development Board and Research Network
Moynamoti and Jhinaidah sericulture seed centre and Ratnai small sericulture garden has been given to Bangladesh Silk Foundation according to the decision of the Government.
17. Recent Initiative of Bangladesh Sericulture Board (BBS): Â
Bangladesh Sericulture Board (BSB) has planned to create 20 more sericulture villages for promotion of the sector and its industry through entrepreneurship development at different levels of production. BSB has adopted a five-year project titled "Integrated Plan for Extension and Development of Sericulture in Bangladesh" that will be implemented throughout the country by spending Taka 30.80 crore.
The project has provision of establishing 20 sericulture villages at the potential areas as a model to improve capacity of small and marginal farmers to establish high yielding mulberry garden and produce superior quality of silk cocoon. The villages will function as a good center for economic activity and people of the adjacent areas will gradually be inspired and involved in income generation process. Silk industry, by its nature, is a family based labor- intensive economic activity that provides employment for the rural people.
BSB thinks that, this project will create huge employment especially in the area of cocoon growers and the rest will be engaged in silk reeling, spinning, weaving, dyeing, printing, finishing and trading activities. The multidisciplinary activities provide unique job opportunities to the marginal farmers, landless poor, rural artisans and also the urban silk fabric manufacturing industries and contribute a lot to poverty reduction, he added. (Financial Express, Thursday, 23 May 2013)
18. Probable Potentiality of Silk Sector of Bangladesh:
Bangladesh is the neighboring country of India. From the above details discussion, we can see that the country has traditional and long history of silk production, consumption and trade. India is the largest importer of raw-silk and in the year of 2010, India has imported 12462 Metric ton raw-silk mostly from China. Expected future import demand of raw-silk of China is 9720 Metric ton in 2019-20. We have a large opportunity for the production of raw-silk in Rajshahi, Chapainawabgonj, Jashore, Kushtia, Natore,Â  Pabna, Thakurgaon, and Rangamati.
Silk Demand and Supply of India: Future Expectation
Source: Final Report, National Fiber Policy, Sub-group on Silk, India,
For the development of the silk industry necessary all types of supporting facility like Research Institute, silk board, silk foundation is existing. If India invest Bangladesh for producing Raw-silk for the fulfilment of their import demand and export only 1% of their import demand, total export earning of Bangladesh will be 3600 million US dollar, which is the 15% of our total export earnings of 2012-13 ( In 2012-13 Bangladeshâs export earning was 23757.6 million US dollar). Price of cocoon is 3.14 US dollar (Rs. 194) per-kg and price of raw-silk is 27.39US dollar (Rs. 1691) in India in the year of 2010. (Source: FTSI, DGCI&S, Kolkata).Â  That is, there is a huge hidden opportunity of Foreign Direct Investment for producing raw-silk in Bangladesh especially in Rajshahi.

Dr. Sonjoy Chakraborty is the Deputy Secretary of the Government of Bangladesh and working in the Regional Public Administration Training Centre (RPATC). He worked as Assistant Commissioner/ Sr. Assistant Commissioner and Magistrate First Class, Upazila Nirbahi Officer (UNO) Additional District Magistrate and ADC (Education) in different areas of the country. Then he was posted as Director (Research and Development) in BIDA under Prime Ministerâs Office. Dr. Chakrabortyâs 20 research papers have been published in various reputed journals on Economics, Business, Music and Language. He was awarded as a Best Researcher in 2016 in the International Conference on Business and Economics at Dhaka University.