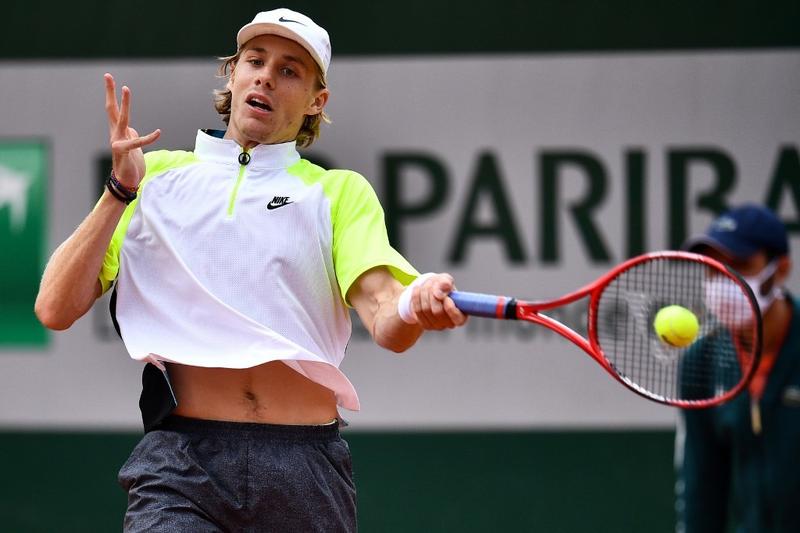 Canadian Denis Shapovalov has slipped out of the men's top 10 rankings with some recent early defeats, but the 21-year-old is about to finish the 2020 season confident that he belongs in the top echelon of the sport.
The left-hander reached the quarter-finals of the US Open, where he lost in five sets, and the following week he made the semi-finals of the ATP Masters 1000 event in Rome, going down in a final-set tiebreaker.
Those results lifted him into the top 10 for the first time in his career, before early defeats at the French Open and in Germany and Austria saw his ranking slip back to 12.
"I feel like I have been playing some really good tennis," Shapovalov told reporters ahead of the Sofia Open, where he is the top seed.
"I think I played really well throughout the season, and I am really happy with where my game is. I feel like I have definitely improved and I feel like my level is with these (top) guys.
Â "If I am not able to reach top 10 again this season, I will definitely try to go for it next season. The important thing is, I feel like my level is there with these guys and I am able to compete with anyone."
After suffering his third straight defeat in Vienna last month, Shapovalov decided to take a break and skipped the Paris Masters. The Canadian said he was feeling fresh again.
In the Bulgarian capital he will be joined by countryman and friend Felix Auger-Aliassime, who is seeded second.
"It is definitely great for Canada and for tennis in Canada," Shapovalov said of the 20-year-old Auger-Aliassime.
"It is amazing to see us both the top of the draw, and hopefully this continues, inspires a lot of Canadian kids and keeps advancing the sport in the country."