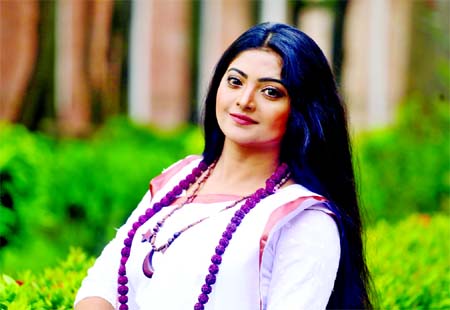 Entertainment Report :
At last, after a break of eight months, popular singer of present time Salma Akter is returning to stage show. She will return to a stage show at Krishibid Institution in the capital on November 20.
Salma is very much excited to perform in this show. While talking in this regard the singer said, âAfter eight months, I am going to perform in a stage show. I am delighted in this regard. I am grateful to the organisers of this show and my fans who always give me inspiration to attach with music. To detach from stage show is always a painful matter for any singer. At last, my pain comes into end. I believe through this show I will be regular in stage show again.â
Salma also informed that she lent her voice for play-back song for noted director Delwar Jahan Jhontuâs movie Tumi Achho Tumi Nai. Anwar Jahan Nantu composed music of the song which lyric was written by Khosnur Alamgir. Therefore, for a new YouTube channel Salma rendered three songs composed by Delwar Shahnaz and also lent her voice for another YouTube channel two other songs under Mahfuzâs composition. Tulsi is her last released song, which was released on October 11. Delwar Shahnaz also composed this song.
However, Salma is trying to stand behind helpless people under the banner of her Safia Foundation. During lockdown, she worked with this foundation, Salma also said.Â Â