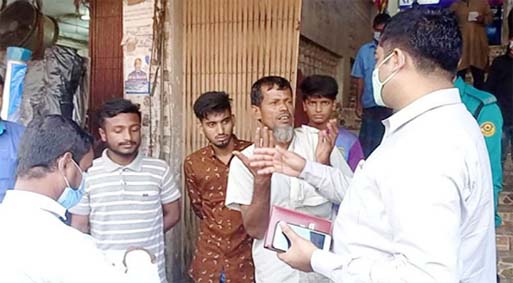 Chattogram Bureau :
Chairman of Chattogram Port Authority Rear Admiral SM Abul Kalam Azad said theÂ Â  DeepÂ  SeaportÂ Â  Development Project has started at Matarbari in Coxsbazar district . He was speaking at a briefing after the first meeting of the Chattogram Port Authority with Nippon Koei, a Japanese consultant for the Matarbari DeepÂ  SeaportÂ Â  Development Project, at Bandar Bhaban on MondayÂ Â  afternoon.He said the agreement was signed with the consultant on September 23. Matarbari DeepÂ Â  Sea Port Development ProjectÂ  workÂ  has started from today.
The port chairman said the construction of Matarbari deep seaport was a demand of theÂ  hour. As a result of this port, the economic belt that is being formed from Dhaka to Cox's Bazar will be accelerated.A deep seaport is being built at Matarbari in line with the role model that the Prime Minister has set. The activities of the port will be completed by 2026. '
Â Member (Development)Â  of CPAÂ Â  Zafar Alam said work on the terminal could start in the middle of 2025..He said shipsÂ  mayÂ Â  t ake berthÂ  with 8-10 thousand containersÂ  in the jetty .. The demand for our large container transport is increasingÂ  recently .. Initially it is being designed to handle 6 lakh containers per annuÂ Â  andÂ  if theÂ  berthÂ  increases later, the capacity willÂ  also increase.A 480 meter longÂ  berthÂ Â  will beÂ  constructed.
Â Later roads and railway connectionsÂ  will be added. Containers on large ships will actually reduce costs, attracting traders. Road communication will be completed by 2026. 'Japanese Team Leader Mr. HotaniÂ  said , "We are working responsiblyÂ  andÂ  the first step will be design & civil works". The second stepÂ  isÂ Â  to collect the handling equipments. The latest Japanese technology will be used in this project withÂ Â  keeping the earthquakesÂ  in mind.