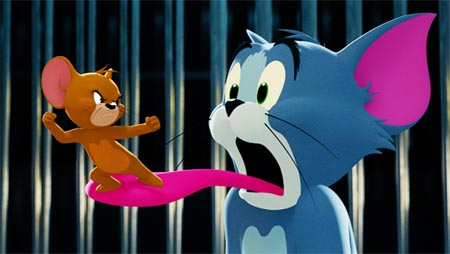 Favourite cartoon characters Tom and Jerry are set to appear on the big-screen in 2021. In Tom & Jerry, the iconic cat and mouse live alongside live-action humans, reports Yahoo enertainment.
The first trailer showcases animated cartoon pigeons and elephants alongside Tom and Jerry.
In the cinematic world of Tom and Jerry, all the animals are animated.
After Tom and Jerry part ways in New York, Jerry starts to live in New York Cityâs finest hotel on the eve of âthe wedding of the century.â The hotel manager (Michael PeÃ±a) freaks out about the newfound mouse problem and recruits a new employee (ChloÃ« Grace Moretz) to get rid of the mouse.
She ends up hiring a cat, who just so happens to be Tom, and the rivals meet face-to-face again, resulting in what seems like a thousand face-smashing, electrocution, and long-fall-to-the-ground visual gags.
Tom & Jerry is set to premiere in theatres on March 5 in 2021.