Jacqueline shares sneak peek from the sets of Bhoot Police 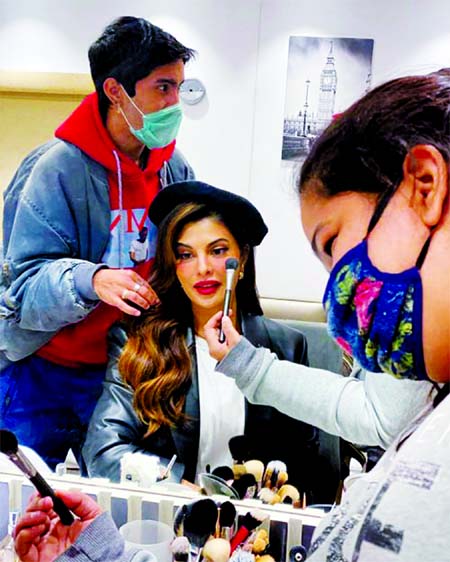 The sunshine girl couldnât contain her excitement once she learnt that the shoots of her projects have resumed and was more than happy to be back on sets. Having three big-ticket films under her name, Jacqueline is living life out of a suitcase and sharing all the bits with her audience.
After wrapping the shoot schedule in Dalhousie, the actress is now in Dharamshala shooting for Bhoot Police and spent Diwali in Himachal with the cast and crew.
Jacqueline recently shared another BTS from the sets of Bhoot Police on her social media with the caption, âBonjour from Dharamshala!@marcepedrozo I have no idea what you are doing!@savleenmanchanda @shaanmu babies.â
The actress also opened up about her avatar in Bhoot Police being super glam.
Â Jacqueline is giving the perfect French vibes with her look. Apart from Bhoot Police, Jacqueline will be also seen in Kick 2, Cirkus alongside Ranveer Singh.