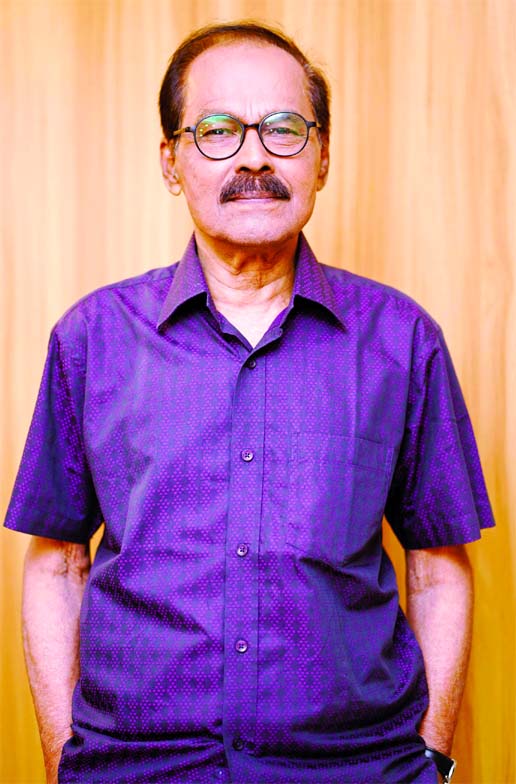 Entertainment Report :
During Corona pandemic, noted singer Syed Abdul Hadi tries to remain busy with his works. He is busy with Bangladesh Televisionâs musical show Smritimoy Gaan where he presents as chief discussant in every episode of this show. Sheikh Sadi Khan and Munshi Wadud also present as discussants in the programme.
While talking about BTVâs this show Syed Hadi said, âSmritimoy Gaan is such a programme where discussion takes place about the songs of 60s and those songs which were broadcasted on BTV and Betar during the middle of 60s and 70s. While discussion about these songs many histories and regarding matters come forward which are to be informed by present timeâs singers and viewers. During pandemic I am taking part in this show because studio of BTV is large and maintaining social distance and hygiene properly during its shooting. Today I will also take part in shooting of the programme.â
Before lockdown, Syed Hadi regularly anchored Banglavisionâs music related programme, Gaan-e Gaan-e Desh-e Desh-e. When he was student of Bengali Literature at University of Dhaka, Syed Hadi first got the opportunity to lend his voice for the play-back song for movie Ye Bhi Ek Kahani (1960) under Karim Shahabuddinâs music direction. In 1964, he first lent his voice for play-back song in Bengali movie Dak Babu. In movies, he mostly rendered duet songs with Sabina Yasmin. He gave direction of music in film Ferari with the inspiration of late Subal Das.
In movie Tansen, he also wrote lyric of a play-back song. He got Ekushey Award in 2000.