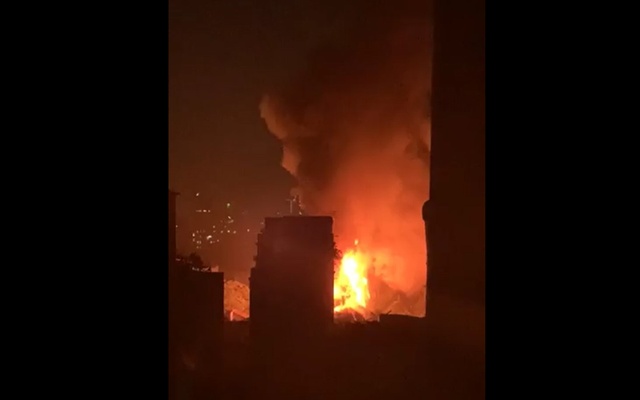 A fire has destroyed shanties at Saat Tola slum in Dhakaâs Mohakhali.
Twelve fire engines brought the fire under control around 1am on Tuesday after more than an hour's battle, said officials at the Fire Service and Civil Defence control room.
The slum, west to Gulshan Niketan, where the fire broke out on Monday midnight, houses dozens of shanties.
Abdul Haque Abbasi, the OC of Banani Police Station, could not confirm the exact number of shanties at the slum.
Citing some witnesses, he said the fire has destroyed between 150 and 200 shanties.
The flames and smoke could be seen from far away.
âWe are trying to bring the fire under control,â said Lt Col Zillur Rahman, a director of the fire service, around 12:15 am.
No casualties have been reported immediately while the cause of the fire and the extent of the damage are still unknown.
Besides shanties, the slum has some homes made of bricks and concrete and a market.
Source:bdnews24.com