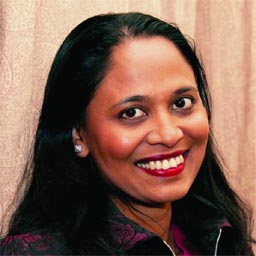 Bangladesh-born British MP Rushanara Ali has resigned from opposition front bench to abstain from a vote in UK Parliament that approved airstrikes against Islamic State militants in Iraq.
After a seven-hour debate, the House of Commons voted for military action by 524 votes to 43 on Friday.
But, British daily The Guardian on its live blog said Rushanara Ali voted for the motion, but also against it while being "actively abstained". Ali's resignation as shadow education minister came in a letter to Labour leader Ed Miliband, a copy of which is available with bdnews24.com.
It read: "It has been an enormous privilege to serve on the Shadow Front Bench in two different roles in the past four years.
"It is therefore with great regret that I tender my resignation as a Shadow Minister in advance of the vote today on military action in Iraq against ISIL."
The Labour MP said, "I understand the case that has been made and will not be voting against the motion. But I am unable in conscience to support the motion and I will make a deliberate abstention."
The Sylhet-born politician said she shared other MPs' revulsion at the "horrific and barbaric" actions of IS - also known as ISIL or Isis - but was concerned that military action would create further bloodshed for the people of Iraq. In the letter, Ali said she had 'no confidence' that the potential impact on radicalisation in the UK had been properly thought through. She will, however, continue to be the MP for Bethnal Green and Bow, situated in London's East End and has a very large Muslim population. The Muslim MP was appointed a frontbench spokeswoman on education last year, having previously served as shadow minister for international development.
She re-took that seat for Labour Party in 2010 from George Galloway who had taken it for Respect Party in 2005 on an anti-war ticket.
Ali resigned when her bench supported the government motion to begin airstrikes in Iraq.
The last Labour MP for Bethnal Green and Bow, Oona King, had lost the seat she had held twice after the Blair government attacked Iraq in 2003.
But, Ali's resignation comes only months before the next election slated for May, 2015 when she will be trying to defend the seat. She further said, in her letter that misconceived actions by the UK and other countries over the last decade, despite good intentions, had led to too many mistakes and far too many people in conflict zones paid the high price.
"I appreciate the sincerity of Members of Parliament from all sides of the House who today support military action against ISIL.Â  I know that British Muslims stand united in the total condemnation of the murders that ISIL have committed."
"However, there is a genuine belief in Muslim and non-Muslim communities that military action will only create further bloodshed and further pain for the people of Iraq," she added.
Ali also told Miliband that she remained totally committed to his leadership and was looking forward to him becoming the prime minister in eight months' time.
In his return letter to Ali, a copy of which bdnews24.com also has obtained, Miliband praised her as 'someone with great ability and talent'.
Regretting her departure from the frontbench team, the Labour leader added that he accepted the resignation with due respect to her decision.