Six dead as truck slams into bus in Tangail 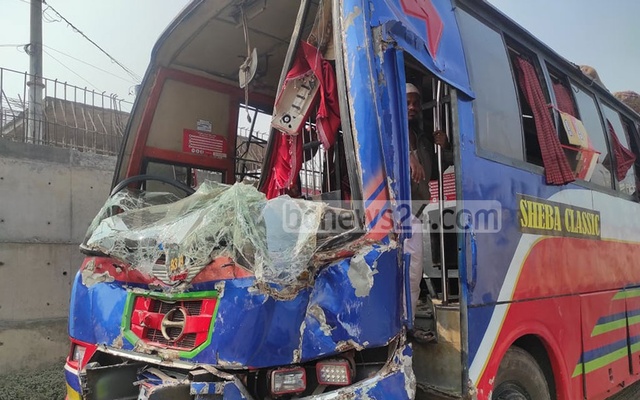 At least six people have been killed and five others injured after a truck ploughed into the back of a parked bus in Tangail's Mirzapur Upazila.
The incident occurred on the Dhaka-Tangail highway in the Upazila's Kurni area around 7am Friday, according to Mirzapur Police OC Sayedur Rahman.
Â A Classic Paribahan bus from Rangpur was stopped in its tracks by an engine failure, the OC said. The driver and his helper were carrying out the repairs on the side of the road when a vegetable-laden truck bound for Dhaka, rammed the passenger vehicle.
Four people died on the spot while two others passed away en route to the hospital.
Â The injured have been admitted to Kumudini Hospital, according to Gorai Highway Police OC Mozaffar Hossain.
Officials at the scene, however, fear that the death toll could climb.Â
Â
Source: bdnews24.comÂ