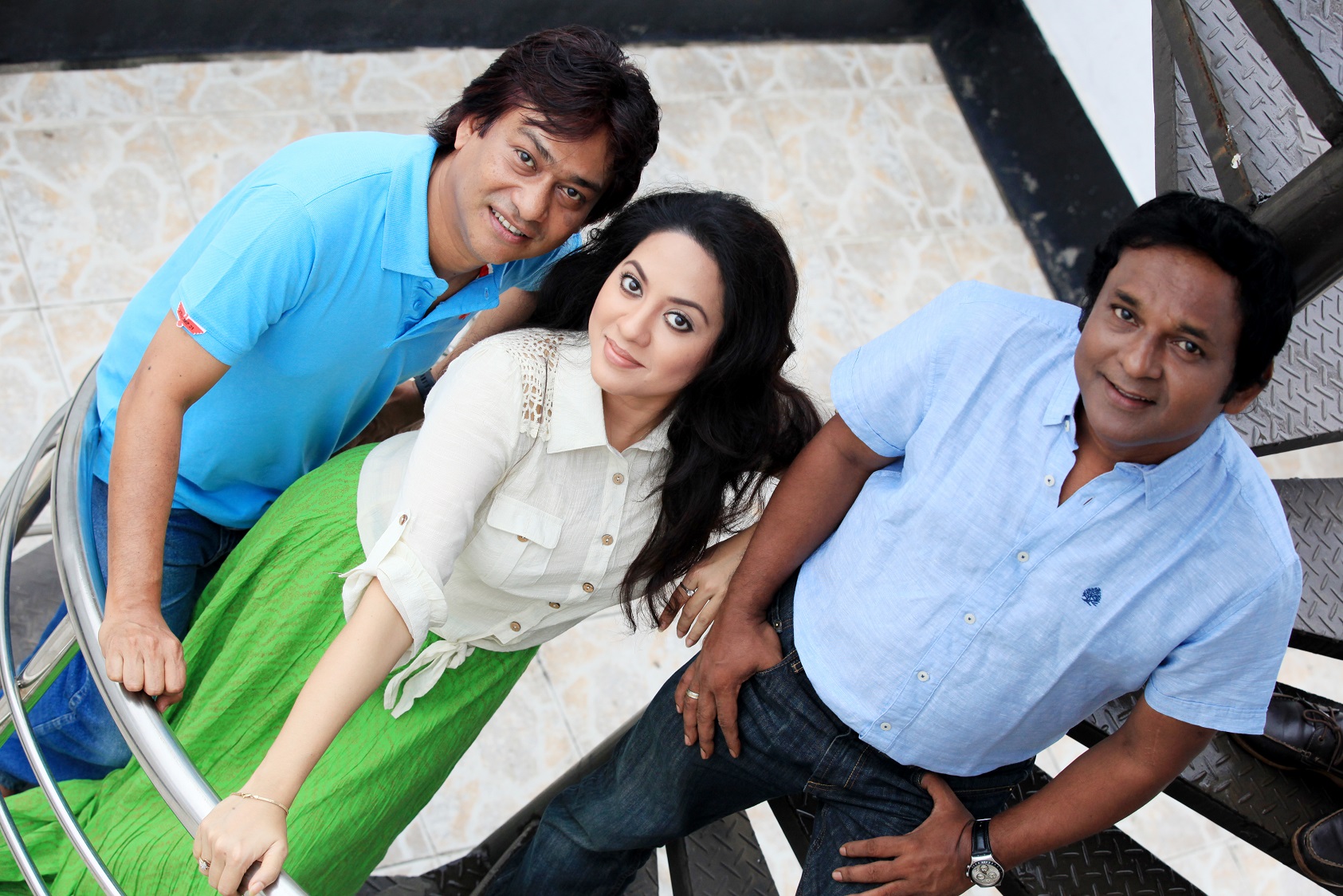 Entertainment Report :
After a break of seven years popular TV actress Tarin, actor Azad Abul Kalam and popular singer cum actor Partho Barua have performed together in a TV play.
Directed by Ezaz Munna script of the play, which story is an adaptation from Dilara Hashemâs short story titled Sigmaâr Telephone Sanglap, was also written by Ezaz Munna.
Shooting of the play is going on at a shooting house in the cityâs Uttara area now.
Tarin is acting in this play under the direction of Ezaz Munna after 12 years. While talking about the play Partho Barua told this correspondent, âI was outside the country. While staying abroad Ezaz Munna communicated with me to act in his play. I was informed about the story of the play only for Internet. It is my second work with Azad Abul Kalam. Earlier I had worked against Tarin. It is really enjoyable for me to act in the play.â
Azad Abul Kalam shared his feelings by this way, âIt is no doubt that Ezaz Munnaâs plays are praiseworthy. For this reason, I can work in his play without second time thinking. As an actress, Tarin is top class. She has developed herself as an actress from her childhood. As a result, she has become a full-fledged actress.â
âIn Munna Bhaiâs play, I last acted 12 years ago. In that play, acted with Tazin Ahmed and Mahfuz Bhai. Later due to mismatch with the schedule I couldnât get the opportunity to act in his plays. Script of this play is really nice. He is very sincere and dedicated to his works.â
In Ezaz Munnaâs new play, Tarin, Partho and Azad Abul Kalam are acting in roles of Sigma, Arib and Sajid respectively.
The play will go on air on NTV. Due to necessity of the story of the play Partho rendered a song of late film actor Jafar Iqbal titled Jebhabey banchi benceyto achhi jibon aar moron-er majhamajhi.