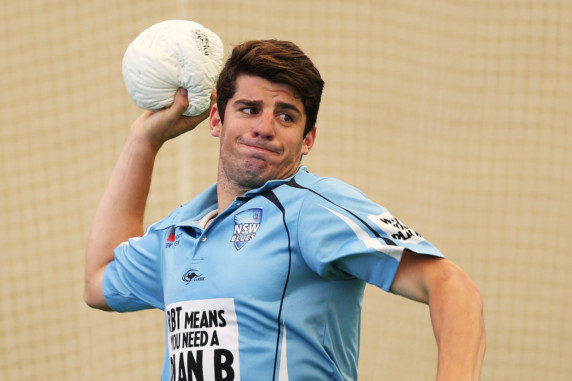 All-rounder Moises Henriques was on Monday called up to Australia's injury-hit Test squad to face India after paceman Sean Abbott was ruled out with a calf strain.
With the first Test in Adelaide beginning Thursday, the Portugal-born all-rounder's call-up is the latest of a number of enforced changes to the squad to play the day-night match against Virat Kohli's men.
Australia will have to cope without talismanic opening batsman David Warner, who suffered a groin tear.
His likely replacement, rookie Will Pucovski, was ruled out with concussion after being struck on the helmet by a bouncer in a warm-up match last week.
There had been speculation that Australia could call up red-hot young all-rounder Cameron Green, but he too looks to have missed out after also suffering a concussion when hit on the head by a powerful straight drive while bowling last week.
Abbott, who has a "mild calf strain", was expected to be fit for the second Test said Cricket Australia.