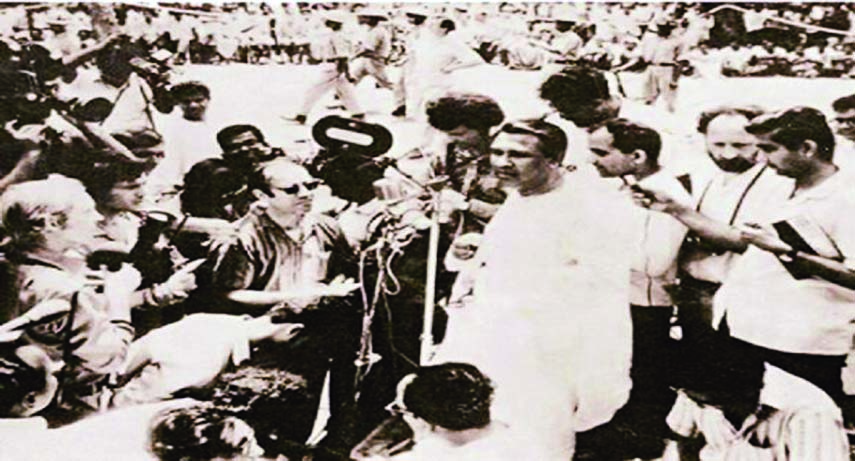 Tajuddin Ahmed, Prime Minister of Mujibnagar Government of Bangladesh is seen speaking to the world press regarding War of Liberation. Barrister Ameer ul Islam (bearded) is seen behind Mr. Tajuddin Ahmed with Journalists from around the world.