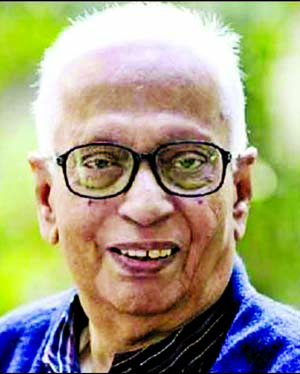 Manzur-I-Mawla, a poet and former director-general of Bangla Academy, has died in hospital care at the age of 80.
He breathed his last at Dhaka's United Hospital at 11 am on Sunday, according to Bangla Academy's public relations department.
Mawla was admitted to the hospital on Dec 5 after being diagnosed with the coronavirus infection.
His family members will handle his burial and funeral prayers, the academy informed.
Mawla had served as secretary in various government ministries. He became the director general of Bangla Academy in the early 1980s.
'Amar Ekushey Boi Mela,' the longest running book festival in the world, was launched during his three-year tenure at the academy.
In addition to renovating the historic Burdwan building, organising the first national folklore workshop, giving fellowships to folklorists like Aroj Ali Matubbar and Khoda Baksh Sai, Mawla was instrumental in publishing books on the history of Bangla literature, Davidson's Medicine and Anisuzzaman's old Bangla prose.