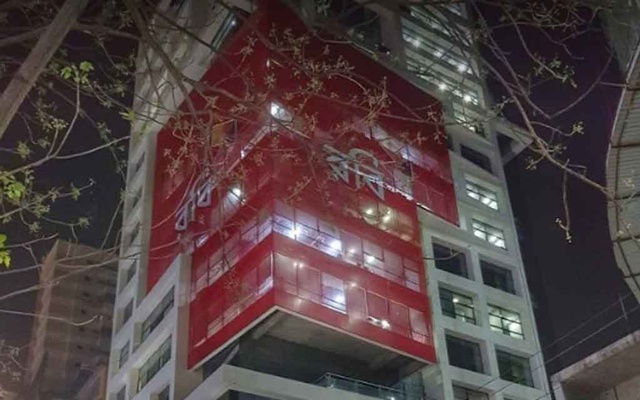 Stock market investors are running wild over Robi Axiata. And it seems to be an outburst of pent-up demand for a good stock. Is it a red flag? It is open to debate.
Robi shares have surged 601 percent in the first 15 days of trading since its debut on Dec 24, having hit the ceiling in 14 days.
Each share of the second-largest mobile operator in terms of subscribers was priced at Tk 10 during the initial public offer. It gained 50 percent a day, hitting the ceiling in the first two days.
The permissible margin of gain is 10 percent a day now, and Robi continued to hit the ceiling in the next 11 days. It ended Thursdayâs trading at Tk 70.1.
According to the latest audited financial report, Robiâs P/E ratio is 2,337, the highest on the market. From the looks of it, the stock seems overvalued. But in general, a high P/E suggests that investors are expecting higher earnings growth in the company in the future. An unaudited report puts the ratio at 239, which is also higher than most other listed firms.
The ratio is much higher than that of Grameenphone, the largest mobile telecom operator. Grameenphoneâs P/E ratio is 14.63, according to an audited report, while an unaudited report puts the ratio at 14.1.
Market analysts consider a share as a âgood oneâ if the P/E ratio is between 15 and 20. The companies with a promising future can have higher P/E ratios.
But according to the rules set by Bangladesh Securities and Exchange Commission, a share is ineligible for margin loans if the P/E ratio crosses 40.
Robi share price did not hit the ceiling only once, increasing by around 1 percent on Wednesday when the market experienced a fall following a BSEC order to Dhaka Stock Exchange and Chattogram Stock Exchange to investigate the shares that gained more than 50 percent in the past one month.
After the BSEC suspended the order, DSEX reached a 23-month high and Robi returned to hit the ceiling again on Thursday.
âThe news of the investigation frightened the investors. Now the market has returned to the state it was in after the suspension of the order," said Mohammad Emran Hasan, CEO of Shanta Asset Management.
Source: bdnews24.com