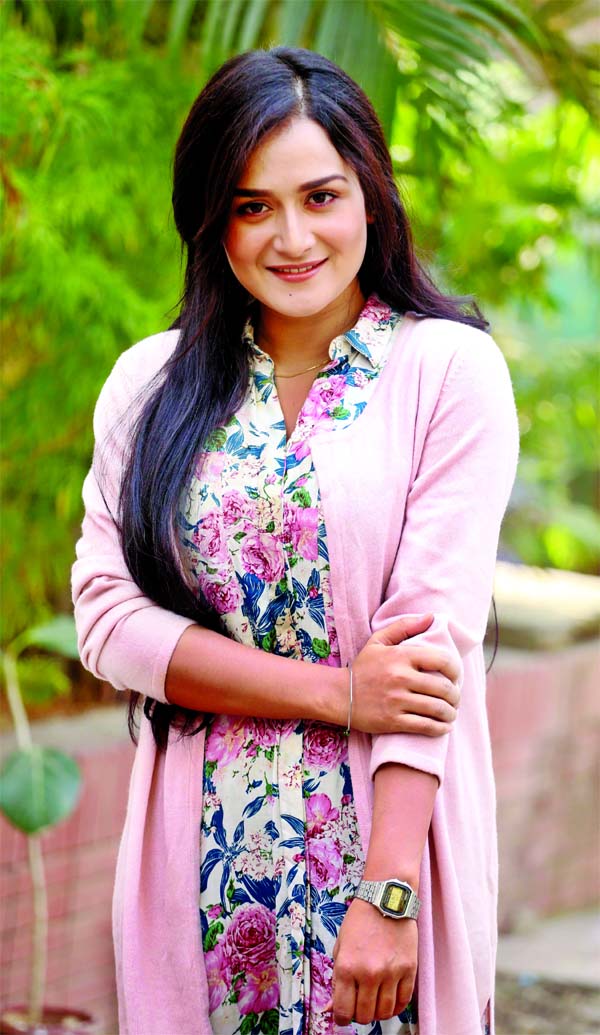 Sheikh Arif Bulbon :
Sallha Khanom Nadia is a popular face among the viewers of the small screen. While making exceptional story based dramas directors have increased their interest to take her in their works. For this reason, she has been passing busy days with acting for last few years.
Recently Nadia-starrer RTVâs ongoing popular drama serial Cheating Master crossed 400 episodes. Sanjit Sarkar is giving direction of
the serial. While talking about acting in the serial Nadia said, âThe serial Cheating Master crossed 400 episodes. I have gratefulness to
the entire unit of this serial in this regard. Â
I got RTV-Starâs Best Actress Award for acting in this serial. I am also grateful to director of the serial to give me the opportunity to act in an important role. I believe Sanjit Dada will also keep me in his next project.â
Nadia also said that she has finished shooting of Mahmudur Rahman Himiâs drama titled House No 96. She acted against Irfan Sajjad in this drama. She is also acting in ATN Banglaâs new serial Poribar, directed by Rasheda Akter Lazuk.
Sallha Khanom Nadia came into discussion to perform as model against Niloy in Runa Lailaâs song Ferate Parini, which was released under the banner of Dhruba Music Station. She also came into limelight to perform as model in Miftahâs song Please Nijer Kheyal Rekho.Â Â