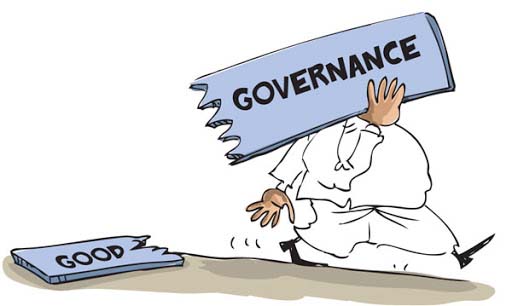 Dr. Forqan Uddin Ahmed :
Reforms are essential to adapt governments to the ever-changing needs of the society. Almost all countries, irrespective of their stages of development have felt this need. However, in cases of developing nations this need was crucial to reshape their public administration to face the demands and challenges of the post-colonial era. Most of these countries have administrative systems, often with colonial roots, that combine structures, methods, and interactions with the public in complex patterns that have become more or less institutionalized and thus resistant to changes. The ultimate goal of administrative reforms is to bring about efficiency, effectiveness and economy in the public sector. As such, reforms aim to bring changes in scope, tasks and activities of the state, national planning and agenda setting, rule of law and public regulation, public policy making, program implementation, general service, management structure, technology and equipment, organizational culture, people's behavior and attitudes, the overall image of the organization.
People in Bangladesh are facing different types of problems. The most indispensable problem is poor governance in public sectors. Good governance is widely used now-a-days. Good governance is a public management system, in which all sections of people of the society are directly involved in decision making, policy formulation and implementation of related socio-economic development programs. The process allows them to discharge their responsibilities and duties accordingly, have their rights to become empowered. Good governance is considered as a part of combined efforts of state, government, commercial organization and civic society. There is no doubt that the question of good governance is an endless complexity. Nevertheless, establishing and maintaining just democratic institution is critical to reducing the severity of poverty and ethical dilemma faced by the country and its leaders. Just institutions should not be plagued by bribery and graft. When political leaders and officials engage in such behavior, they can be called to account by an independent and honest judiciary and independent Anti Corruption Commission. Instead of trying to eliminate corruption altogether we should reduce the opportunities for it to take over and flourish. We want firm commitment of all concerned including government to an independent and impartial Anti Corruption Commission to establish a corruption free Bangladesh.
The experiments with the e-Governance, public-private partnerships, market-led approach, and local government decentralization in the context of a highly resistant bureaucracy now look like small islands of experimentation. Strong legacies inherited from the colonial rule have made the reforms limited to marginal changes. The present government is now aware of the inherited institutions, trying to adapt them to modern values of public administration by supporting good governance reforms. Strong commitment and lots of hard work alone are not results. Hence, the main contribution of performance should focus on achieving positive results. Similarly, challenges in public service delivery are inevitable. To remain competent, truly representative, and to play a proper role in the reconstruction and development process is not an easy task. To fulfill this role effectively, the public service should focus on successful innovations in service delivery.
By present organogram most of the ministries and departments are not in strong position. In many cases, we see the weak personnel setup; logistic, operational administrative tools are the same in nature. Roles and responsibilities are not well defined. Work division is not practiced. Many organogram do not suit to their business manners and job area. In this situation, the weak bureaucratic table may be reorganized, rearranged and rescheduled. The coordinating job in many cases are not well capitulated. So, the reformative steps must be taken where it is necessary. With this initiative, all the ministries and departments may come under the umbrella of coordination. If it is established every ministry will be empowered and inter ministerial relationship will also be strengthened. So far my knowledge goes in many of ministries there are a number of officers but only three or four officers are found visible in their day to day works for the full time and many other sit idle. Under the present structure, one is assigned with a number of duties. On the other hand, other officers pass the time very casually. So, if the areas of works do not diversify, after certain period, it may come to a halt. Under the circumstances the officers fail to satisfy their clients and at the end of days performances turned to very poor state. Ultimately, this blockades the growth and generation. Moreover, there are some ministries and departments where officers and executives are engaged on contract basis after the expiry of their tenure. In some cases, it happen the case of re-contract. What is utility of service extension and re-contract. Off course, it is executed on performance basis or one's expertise. But, in many cases it has adverse effect on administration. The man who has been given further assignment, ultimately fail to perform as he/she did his/her normal tenure. He/she tries to misuse power, involving irregularities and deviates from the right track. As a result, institutional management is hampered.
Before I conclude, I should say by reducing coordination gap among ministries and departments and by taking challenges, things may be changed. All government machineries need overhauling and reformation. Administration must be people friendly. Misuse or abuse of power must be dealt followed by punitive and exemplary discipline action. Government machineries must be utilized properly. All ministers need to play the role of leaders and accordingly control his under command. Otherwise, people's demand will not be fulfilled, citizen's rights will be ignored, and image of Mujib year will be loosened. So, the tendencies of procrastinating file works and bad intention of bureaucracies must be shun. Finally, we can say that attitudinal changes of high officials and field executives including a comprehensive action plan are the need of the crisis period.