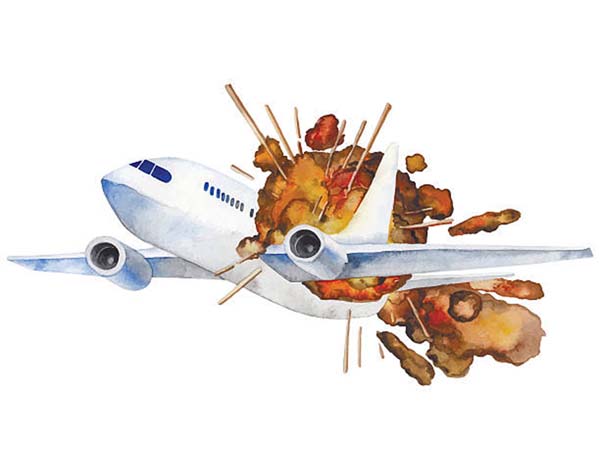 Md. Shafiqul Islam :
The Boeing 737-500, a Sriwijaya Air flight, had taken off from Jakarta, the capital, and it crashes into the Sea after take-off, carrying 62 passengers. A passenger jet crashed into the Java Sea on 9th January 2021, minutes after taking off from the airport, Indonesian officials assumed, bringing renewed attention to a nation long cursed by aviation disasters.
Indonesia's National Search and Rescue Agency believe that they identified the location of the flight data recorder and cockpit voice recorder- the so-called black boxes-because emergency signals transmitted by the devices were detected by a navy ship's sonar system.
Every year, airplane crash incidents happened, and in 2020 number of airplane crashes was eight. Now at the very beginning of 2021, we hear the airplane crash in Indonesia. This is very alarming and painful thinking in people's minds.Â  On May 08, 2019 - Biman Bangladesh Airlines Flight 60, a Bombardier Q400 inbound from Shahjalal International Airport in Bangladesh, overshoots the runway in bad weather at Yangon International Airport, Myanmar; all 33 people on board survive, but 18 are injured.
US-Bangla Airlines Flight 211 was a scheduled international passenger flight from Dhaka, Bangladesh, to Kathmandu, Nepal, crashed on 12 March 2018 while landing, killing 51 of the 71 people aboard. The aircraft, a 76-seat Bombardier Dash 8 Q400 operated by US-Bangla Airlines, burst into flames after the crash, and the 20 surviving passengers were seriously injured from the impact and the fire. At the time of the accident, it was the deadliest aviation disaster involving a Bangladeshi airline and the deadliest incident involving Bombardier Dash 8 Q400.
A commission appointed by the Government of Nepal investigated the accident and issued a report that concluded that the crash's probable cause was pilot disorientation and a loss of situational awareness on the part of the flight crew. The report was criticized by the airline and by the Bangladeshi representative to the commission, who felt that the air traffic controllers at Tribhuvan International Airport in Kathmandu had not done their job properly and could have prevented the accident.
After that, a flight of the same airline landed in Sylhet from Dhaka with a cracked wheel. In April 2019, an aircraft of Biman Bangladesh crashed on its way back to Dhaka from Singapore. Later it was forced to make an emergency landing at Chittagong airport. Although there is no history of major plane crashes in Bangladesh, recent incidents have raised some concerns among passengers about safety. Many people often have to go abroad for personal and professional reasons. The passenger was afraid to fly in Bangladesh after a tremendous plane crash. More conscious and initiatives need to be considered to ensure the safety of aviation.
Some common factors can cause accidents of airplane crash such as 1; Equipment Failure/Malfunction-Defects in aircraft can be caused by a design flaw, manufacturer flaw, or wear and tear from use. 2, Human Error -From mechanics and ground crew to flight attendants and air traffic controllers, these professionals all play an important role in the maintenance and safe operation of the aircraft. 3, Mid-air Collisions- Mid-air collisions are less common than other types of aviation accidents because the FAA uses the most up-to-date technology for its air traffic control system. 4, Pilot Error-Pilots are responsible for the safe transportation of their passengers. At times, rarely, pilots fail to comply with proper procedures in the operation of an aircraft. 5, Weather- Unpredictable weather, such as shear gusts of winds, freezing ice storms, thunderstorms and lightning, and more, can affect both small and large airplanes.
Flight data recorders (FDRs) and cockpit voice recorders (CVRs) in commercial aircraft continuously record information and provide key evidence to determine the causes of an aircraft loss. A flight recorder is an electronic recording device placed in an aircraft to facilitate the investigation of aviation accidents and incidents. The misnomer black box-they also knows flight recorders are, in fact, painted bright orange in colour to aid in their recovery after accidents. However, most of the time, a black box could not found. So, the preventive measure should be taken to ensure the black box's safety so that it can be found to detect the causes of the airplane crash. Moreover, a proper investigation should be made to identify the causes for not getting the black box and be published in media for the people interest.
I think security is important and what is being done to let others know what can be done in such a situation. Insurance policy should be significant so that if someone dies or is injured in a plane crash, he/she should get compensation. Aviation Insurance was first introduced in the early years of the 20th century. Bangladesh's government will address the new act-Air Transport (Montreal Convention) Act, 2020, for passenger safety and ensuring the coverage of losses in an airplane crash or any more accident. It is a praiseworthy initiative from the government. However, the respective authority should be more aware of the rules and regulations maintenance and aviation insurance. In addition to that, air authority should be increasing the monitoring option in the aircraft fitness checking and physical and mental health of pilots and aircrews.