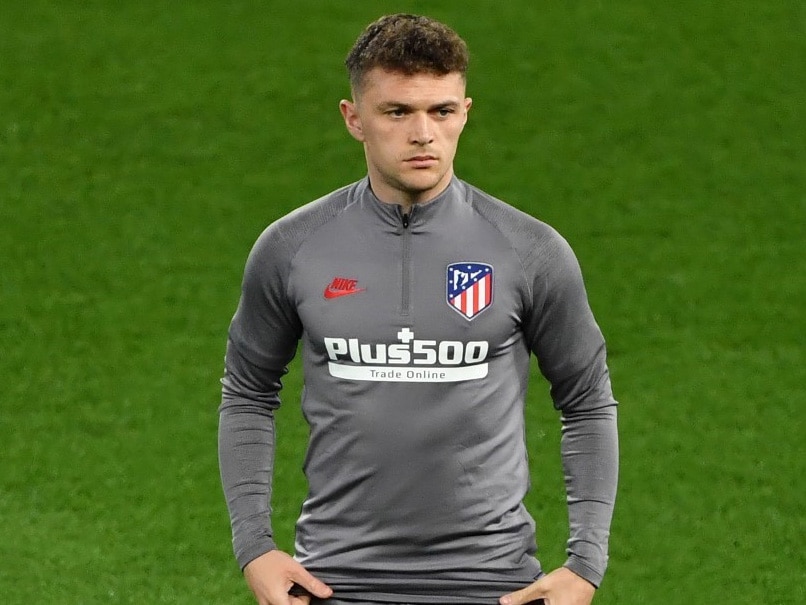 Atletico Madrid are appealing to the Court of Arbitration for Sport (CAS) after FIFA rejected their appeal against defender Kieran Trippier's 10-week suspension for violating betting rules in England, a club spokesman said on Monday.
The club will immediately file an appeal to sport's highest court over Trippier's ban, which was ordered by England's Football Association (FA) on Dec 23, the spokesman added.
The FA ruled Trippier violated rules forbidding providing information to third parties over his move from Tottenham Hotspur to Atletico in 2019, although FIFA placed an injunction on the ban on Jan. 2 following an appeal by Atletico.
The La Liga leaders had argued that an FA ban should not affect them as Trippier had not yet joined the club when he committed the infraction but a FIFA committee rejected their appeal on Monday, confirming the ban had "worldwide effect".
That ruling means the England full back is banned from playing until Feb. 28, but if CAS agrees to hear the case he will be allowed to keep playing until a decision is made.
The ban cannot be extended beyond Feb 28, irrespective of what CAS decides.
Trippier, 30, missed two La Liga games due to the suspension but returned and provided an assist in last Tuesday's 2-0 win over Sevilla following the injunction.
Before the ban was announced, he had played every minute for Atletico in La Liga and the Champions League.
The FA's report on Trippier's ban showed he had provided information around his transfer from Tottenham to Atletico to friends who placed bets on the move.