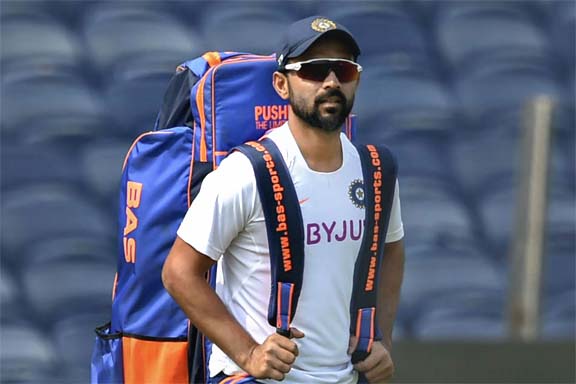 AFP, New Delhi :
Ajinkya Rahane's calm and composed leadership of India in their stunning Test triumph over Australia earned widespread praise Wednesday - and increased pressure on regular captain Virat Kohli ahead of a home series against England next month.
The whole Indian team have become national heroes for their 2-1 series victory sealed in the dramatic finale in Brisbane on Tuesday, where no team had beaten Australia in 32 years.
India coach Ravi Shastri hailed Rahane's tactical command in the series as "simply brilliant".
Rahane, 32, took over from Kohli after India's humiliating opening loss in Adelaide where they were bowled out for 36 and masterminded a spectacular return against Tim Paine's Australians.