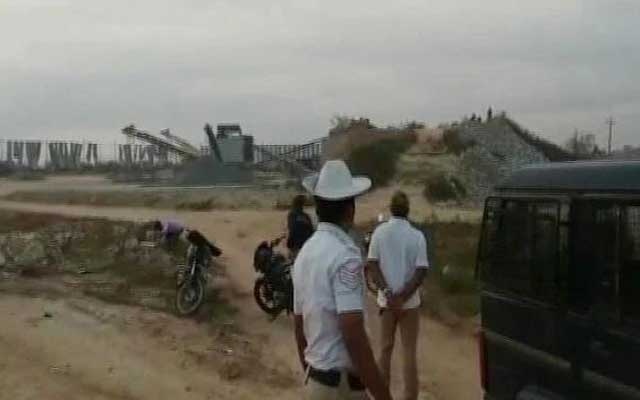 At least eight people have reportedly been killed in an explosion at a stone mining quarry in India's Karnataka.
The blast took place at a railway quarry site at Hunasondi near village Abbalagere in the Shivamogga district around 10:15 pm Thursday, India Today reports.
The possibility of subsequent explosions at the quarry has not been ruled out since some dynamite sticks are still live, the police said. The entire area has been sealed off.
Indian Prime Minister Narendra Modi expressed grief at the loss of lives in the explosion and said the Karnataka government is providing all possible assistance to the affected.
The people who died in the explosion were reportedly transporting the explosives meant for mining in a truck when the incident occurred. The truck was destroyed, according to the police.
The authorities have detained two people have been detained and ordered a high-level investigation into the explosion. The detainees include a contractor of a stone crushing facility where the blast occurred when a truckload of gelatin.
Source: bdnews24.com