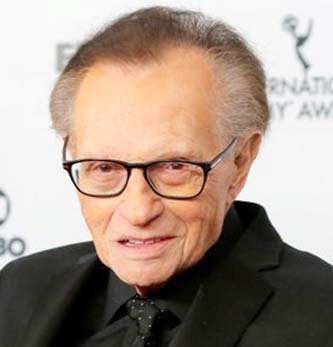 Reuters, Washington :
Larry King, who quizzed thousands of world leaders, politicians and entertainers for CNN and other news outlets in a career spanning more than six decades, has died at age 87, CNN reported on Saturday, citing a source close to the family.
King had been hospitalized in Los Angeles with a COVID-19 infection, according to several media reports.