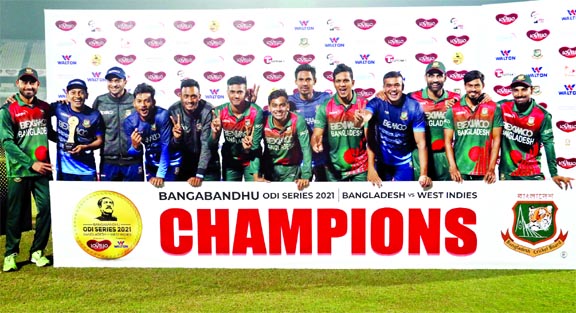 Members of Bangladesh Cricket team, the champions in the Bangabandhu Bangladesh-West Indies ODI series, pose for a photo session after winning the third ODI against West Indies at the Zahur Ahmed Chowdhury Stadium in Chattogram on Monday.