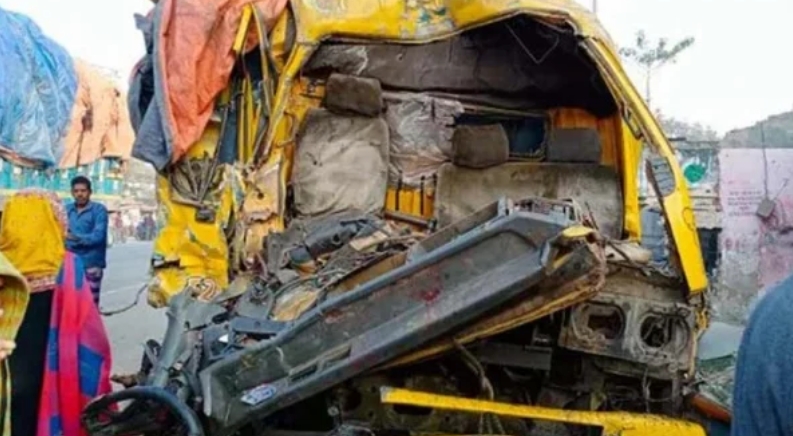 At least six people, including driver and helper, were killed and 11 others injured in a bus-truck collision at Sherpur in Bogura early Sunday.

The accident took place on the Bogura-Dhaka highway at College Road area of Sherpur municipal town on Sunday morning.

The name of one of the deceased was initially found, Bablu, the driver of Bogura SR Paribahan (bus). While the rest could not be identified initially.

The injured are Yakub Hossain of Santhia in Pabna, his wife Salma and their sons Imti and Imtiaz, Mizan of Bogura, Firoz, Nadia Akter, Moushumi, Pavin, Lovely, and Lafiz of Shibganj.

According to the fire service, a Dhaka-bound bus of SR Paribahan collided head-on with a Dhaka-bound stone-laden truck at around 4.45 am on Sunday in the Sherpur College Gate area of Bogura.

The drivers of the bus and the truck and four passengers of the bus were killed on the spot. The injured have been rescued and sent to Bogura's Shaheed Ziaur Rahman Medical College Hospital.