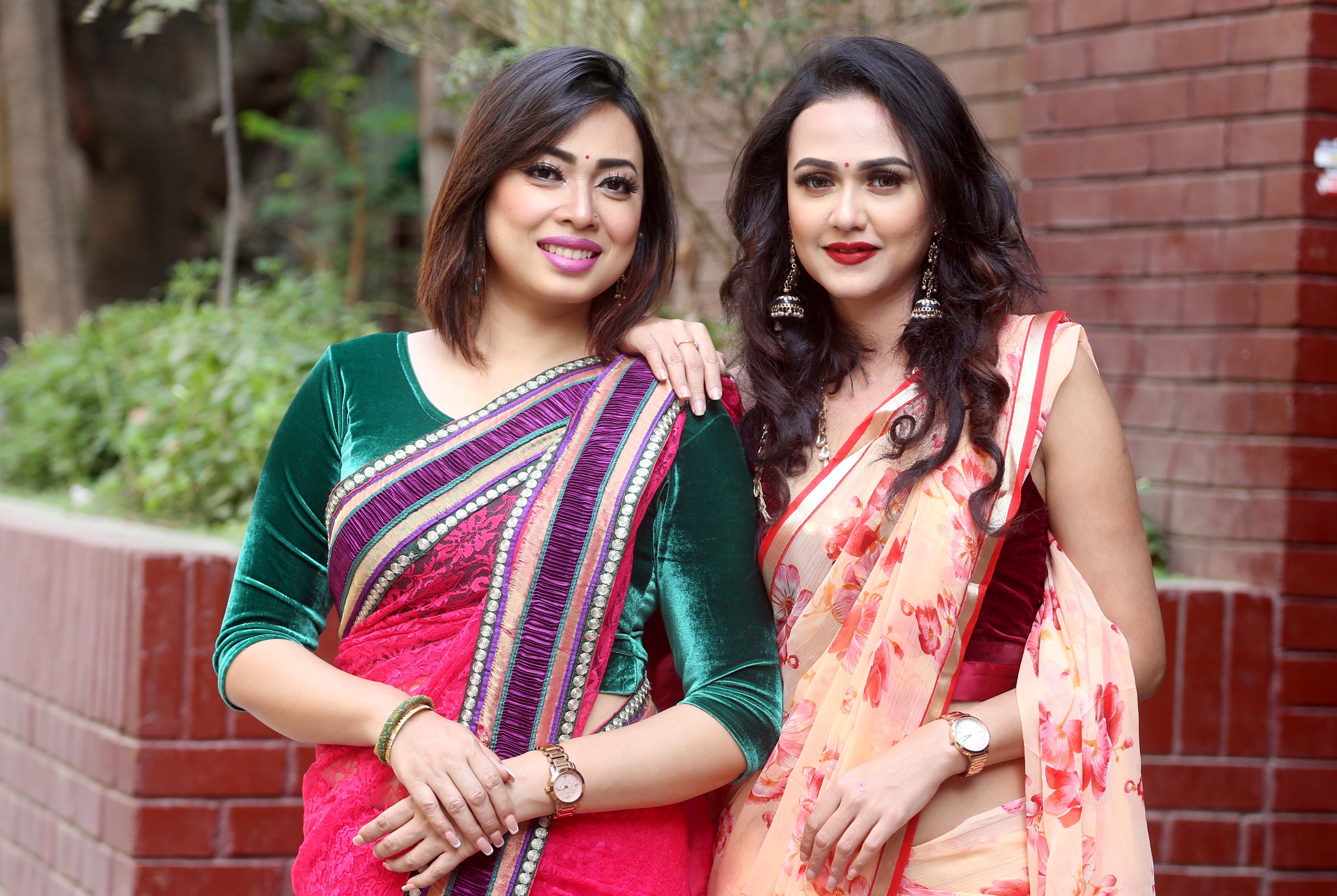 Sheikh Arif Bulbon :
February 22 was the birthday of Lux superstar and popular actress Shanarei Devi Shanuâs birthday. Before the day of birthday, with the initiative taken by film actress Airin Sultana, the âBest Smileâ winner at Pantene You Got The Look contest, the birthday was celebrated at the residence of the actress in the capitalâs Lalmatia area through cutting a cake before leaving for Rajshahi. Basically to work as judge in a reality show, which will go on air soon on NTV, a nice friendship has been developed between these two actresses. Title of the reality show is Anonnyo Protibha. It will be the countryâs first multitalented hunt reality show in television channel. Any age of Bangladeshi citizen can participate in this show. Both Shanu and Airin gave âyes cardâ to the talented participants of Sylhet, Chattogram, Khulna and Barishal divisions. Along with Shanu and Airin, singer Pulack is also performing as judge in the reality show.
Shanu informed that today they will search talents in Rajshahiâs Shilpakala Academy. Both Shanu
and Airin are working as judge of primary round of the reality show. Wahidul Islam Shuvro is producing and directing the show. While talking about working as judge in the reality show actress Shanu said, âWe are taking more time to search real
talents. We are finding out them through a truly selection procedure. In many reality shows, it is seen that judges misbehaved with them. But we are not doing it. We are searching talents applying modesty.â
Airin shared her feelings by this way, âEarlier I didnât have any experience to work as judge in any reality show. For this reason, on the first day of working as judge, I was really feared. As it was a team work, so my fear came to end later. We are finding singers as talents most of the time. But we strongly believe that we will find real talents like who are working in circus or any other lost platform. From March, episodes of audition round of the reality show will be aired on NTV. On February 25, we will search talents at Shahid Titu Auditorium in Bogura and on February 28 and March 1, we will work in Dhaka in this regard.âÂ Â Â