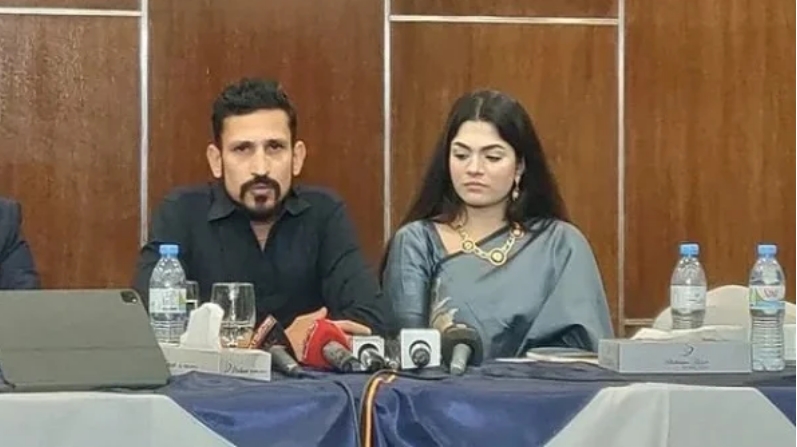 Tamima Tammi, wife of Bangladesh cricketer Nasir Hossain, has responded to all the criticisms around her and her husband Nasir since their marriage and said that she divorced her ex-husband Rakib by following all the laws.

She made the remarks at a press conference at a hotel in the capital on Wednesday.

Tamima was accused of marrying Nasir without divorcing her ex-husband Rakib. In response, she said, âI divorced him (Rakib) in accordance with all the laws, everyone in the family knew about it. Even then, everyone may understand why he is doing all this.â

âI was married to him and we have children. Everything else is fabricated except these two,â Nasirâs wife also said.

Mentioning that false news is being spread by opening their (Tammi, Nasir) fake IDs on various social media, Tamima Tammi said, âWe donât have any Facebook ID, Nasir only has a page.â

âStop spreading the rumor by listening from someone else,â she added.

About her daughter, Tamima said, âSince her born, she was with me until 2019. I had the ability to feed and teach her. I am in regular contact with my daughter.â

âThey (Rakibâs family) took her away from me in 2019.Â  After that, I was not allowed to see her,â she said in a tearful voice.

Nasir Hossain and his wife Tamima Tammi was at the center of the discussion, criticism since their marriage on Valentineâs Day. Tammi was accused of marrying Nasir without divorcing her ex-husband Rakib, resulting in the lawsuit against her and Nasir. The couple responded to the matter and cleared everything through todayâs press conference on Wednesday.