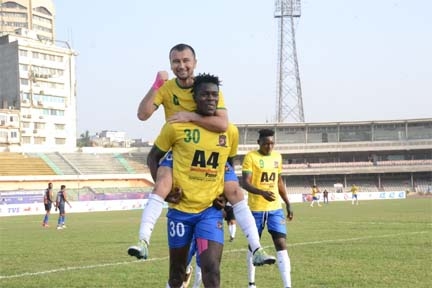 Players of Sheikh Jamal Dhanmondi Club Limited celebrating after scoring a goal against Brothers Union Club in their match of the Bangladesh Premier League Football at the Bangabandhu National Stadium on Thursday.