Trump to take aim at Biden in speech to US conservatives 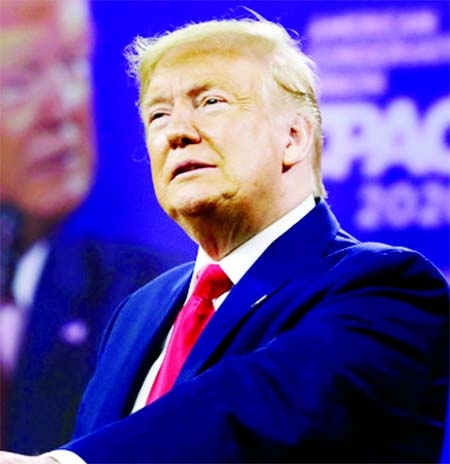 Al Jazeera :
Former President Donald Trump returns to the US political stage on Sunday with a highly anticipated speech to Republican grassroots activists at the annual Conservative Political Action Conference.
Making his first appearance since his supporters overran the US Capitol on January 6, Trump will launch an attack on his successor, President Joe Biden, and lay out his vision for the future of the Republican Party, a senior adviser told Al Jazeera.
"He is the current and future leader of the Republican Party," said Jason Miller, a top Trump adviser.
"Coming out of Sunday, it'll be clear he is the one leader that has the vision to move the party forward," Miller told Al Jazeera.
Trump will sound his "concern with the direction Joe Biden is taking the country" and outline a "broader direction for the Republican Party and the conservative movement", Miller said.
The theme of this year's CPAC gathering of Republican activists is "Uncanceled", a take-off on Facebook and Twitter's moves to permanently ban Trump. The conference, held every year since 1974, is customarily a place where Republicans jockeying for presidential contention go to gain prominence and solicit support.
This year, several potential 2024 hopefuls are on the agenda, including former Secretary of State Mike Pompeo, Senators Ted Cruz, Marco Rubio, Tom Cotton and Josh Hawley and South Dakota Governor Kristi Noem. But it is Trump who still draws everyone's attention and his appearance is sure to prompt speculation he intends to run for president again.