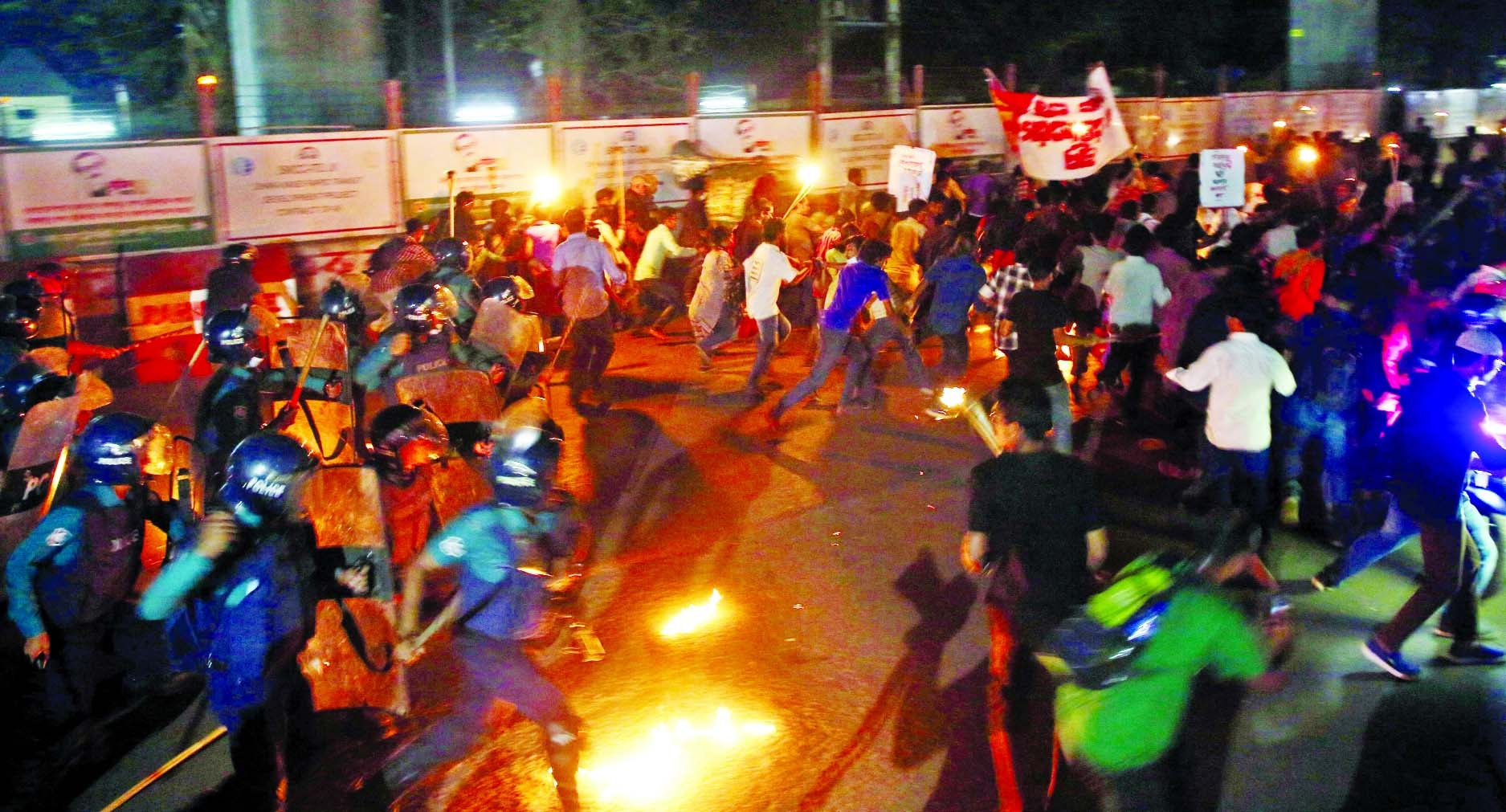 Police charge baton on the agitators who were protesting against the death of Mushtaq Ahmed in prison at Shahbagh in the capital on Friday evening.

Staff Reporter :
A storm of protest has been raised from all the corners over the death of writer Mushtaq Ahmed inside the Kashimpur High Security Jail. Protesting people are demanding justice over the death of writer Mushtaq and the abolition of the 'Digital Security Act'.
Students on Friday occupied Shahbagh intersection for hours in protest over the death. Protesters, who had blocked Dhaka's Shahbagh intersection, have announced to lay siege to the Home Ministry on Monday.
Meanwhile, police charged baton on the demonstrators protesting the death of writer Mushtaq on the Dhaka University campus. The incident took place soon after a vigil was brought at around 7.00 pm from the TSC area, when police obstructed them, by striking the protesters with batons.
Socialist Student Front General Secretary Nasir Uddin Prince, on behalf of the protesters, confirmed the development.
Demanding justice for the death, they started demonstrating there at around 11.00 am, claiming that Mushtaq's death on Thursday was caused by excessive torture in Kashimpur High Security Prison in Gazipur. Members of Progressive Students' Alliance started a procession from the TSC area on Dhaka University campus at around 11.00 am to march through Shahbagh and Paribagh.
They immediately blocked the intersection, creating huge traffic congestion there and nearby routes, which was eased after one and a half hours.