TV series Frasier latest â90s hit to get a revival 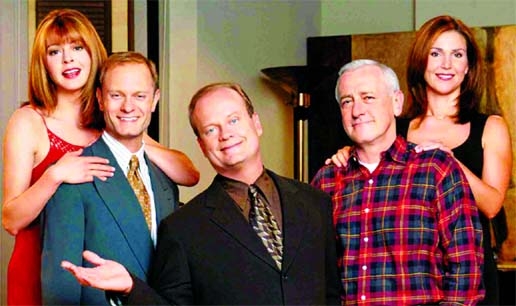 The hit 1990s TV comedy series Frasier, starring Kelsey Grammer as a snobbish radio advice-show host, is
coming back to television. Grammer said recently he would reprise his role in the revival that will focus on âthe next chapter in the continuing journey of Dr
Frasier Crane.â No further details were given.
Frasier, a spin-off from the TV series Cheers, was one
of the most successful shows of the 1990s, winning five Emmy Awards for best comedy series. It told the stories of Frasier Crane, who returns to his Seattle
hometown to care for his elderly father, and his
pretentious psychiatrist brother, Niles Crane.