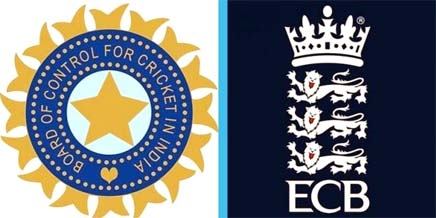 Agency :
India are currently in the the midst of a four-Test match series against England, with the home team India leading the visitors 2-1 after three Tests. The series is set to be followed by both a T20I and an ODI series - the five T20Is will be played at the Narendra Modi Stadium in Ahmedabad whereas the three-match ODI series will take place in Pune. However, it seems as if the ODI series could be shifted out of the Maharashtra city due to fears revolving around the coronavirus pandemic. India has seen a slight upsurge in cases in recent times and Maharashtra has been one of the worst-hit states.
A report in India Today suggests that the Board of Control for Cricket in India (BCCI) might move the ODI series due to a rise in the number of positive cases in Pune. The city recorded 1542 new cases and 8 deaths on Thursday.
In total, 403497 people have tested positive. Maharashtra has also witnessed a surge in the Covid-19 cases. The state recorded 8333 new cases on Friday, with 765 of those who tested positive being in Pune.
There is no official confirmation as of yet but the BCCI could likely shift the series to one of the venues that is being used for the ongoing Vijay Hazare Trophy.
The 3 ODIs are currently scheduled to be played on March 23, March 26 and March 28 in Pune. The 5 T20Is will be played on March 12, March 14, March 16, March 18 and March 20.
Meanwhile former England captain Michael Vaughan has said the more India is allowed to "get away" with producing pitches that are not deemed good enough for Test cricket, the more "toothless" the International Cricket Council (ICC) will look.
England on Thursday last suffered an embarrassing 10-wicket defeat in the third Test against India on a spin-friendly Motera track to go down 1-2 in the four-match series.
The match ended inside two days with the pitch drawing flak from former players like Vaughan, though batting legend Sunil Gavaskar credited the Indian spinners rather than blaming the surface. "The longer powerful countries like India are allowed to get away with it the more toothless the ICC will look," Vaughan wrote in the Daily Telegraph.
"The governing body are allowing India to produce whatever they wish and it is Test cricket that is getting hurt," he said while expressing his displeasure with the BCCI.
India are currently in prime position to enter the final of the World Test Championship along with New Zealand. A draw in the final Test will be enough to send them through whereas an England win will see Australia take the spot. England are out of the reckoning.