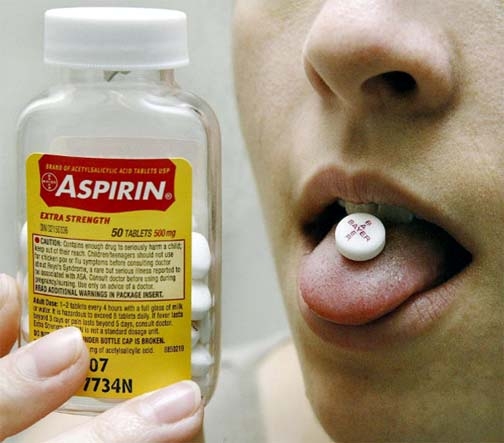 Life Desk :Daily intake of aspirin may cut the risk of ovarian cancer by 20 percent, reveals research.Further research is needed before clinical recommendations can be made.Previous studies have suggested that the anti-inflammatory properties of aspirin and non-aspirin NSAIDs (non-steroidal anti-inflammatory drugs), may reduce cancer risk overall. However, studies examining whether use of these agents may influence ovarian cancer risk have been largely inconclusive. This is the largest study to date to assess the relationship between these drugs and ovarian cancer risk. Britton Trabert, Ph.D., and Nicolas Wentzensen, M.D., Ph.D., of NCI's Division of Cancer Epidemiology and Genetics, and their colleagues, analyzed data pooled from 12 large epidemiological studies to investigate whether women who used aspirin, non-aspirin NSAIDs, or acetaminophen have a lower risk of ovarian cancer.These 12 studies (nine from the United States) were part of the Ovarian Cancer Association Consortium.The scientists evaluated the benefit of these drugs in nearly 8,000 women with ovarian cancer and close to 12,000 women who did not have the disease. Among study participants who reported whether or not they used aspirin regularly: 18 percent used aspirin, 24 percent used non-aspirin NSAIDs, and 16 percent used acetaminophen.The researchers determined that participants who reported daily aspirin use had a 20 percent lower risk of ovarian cancer than those who used aspirin less than once per week.The study is published in the Journal of the National Cancer Institute.