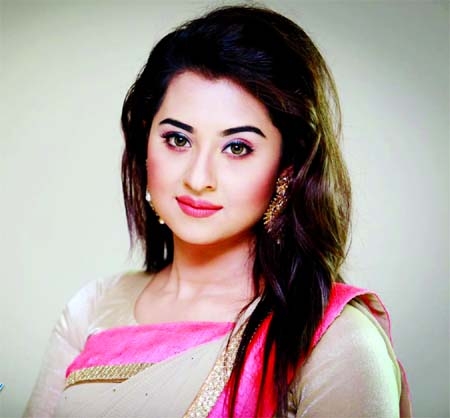 Staff Reporter :
Bangladeshi Actress Shabnom Bubly has filed a general dairy (GD) with Uttara West Police Station of life risk.
She filed the GD on Friday night. At that time her father and younger brother were with her.
Uttara West Police Officer In-Charge (OC) Aktaruzzaman Iliyas confirmed the matter to
The New Nation and said that they would start the investigation soon.
In a GD, Bubly mentions that she is a film actress. She has to travel to different places almost all the time because of film work. Due to the shooting, it becomes late at night to return home. In this situation, for the last several days, unknown people have been following her using unnumbered private cars and microbuses.
On February 25 at night, she went to Uttara Sector-10 for her home from Narayanganj after work. When she reached the Uttara's Jasim Uddin Road, a private car without number plate came from the opposite direction and braked hard in front of her car.
She fears that anonymous people could harm her at any time. So she is filing the GD secking her safety.