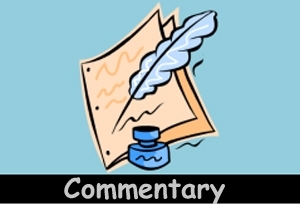 President Biden has decided that the diplomatic cost of directly penalizing Saudi Arabia's crown prince, Mohammed bin Salman, is too high, according to senior administration officials, despite a detailed American intelligence finding that he directly approved the killing of Jamal Khashoggi, the dissident and Washington Post columnist who was drugged and dismembered in October 2018.

Though US declassified intelligence report concluded that the intervention force directed the operation against Mr. Khashoggi at the Saudi Consulate in Istanbul. Mr. Khashoggi entered the consulate on Oct. 2, 2018, to get papers he needed for his forthcoming marriage, and, with his fiancÃ©e waiting outside the gates, was instead met by an assassination team.

Mr. Blinken, the Secretary of State for foreign affairs, has added a category of sanctions, a newly named "Khashoggi ban," to restrict visas to anyone determined to be
participating in state-sponsored efforts to harass, detain or harm dissidents and journalists around the world. In a statement, Mr. Blinken said 76 Saudis would be designated in the first stage. While the initial bans will apply to Saudi officials, he said they would quickly be used around the world.

Such sanctions should be made applicable worldwide is a great relief for dissidents and journalist everywhere so that dissent and free speech could not be easily suppressed by creating fear through inflicting torture and allowing disappearances not to be found. Instead of making the country safe such governments use state terrorism against their opponents.

The actions approved against Saudi Arabia by US Secretary of State Antony J. Blinken, include a travel ban on Saudi Arabia's former intelligence chief, who was deeply involved in the Khashoggi operation, and on the Rapid Intervention Force, a unit of the Saudi Royal Guard that protects Prince Mohammed - and is under his direct control.

Taking shelter of the government will be less helpful when the individuals to be held accountable for their crimes. Such sanctions against individuals who function as torturers, secret killers and making people disappear for no serious crimes but for expressing views not acceptable to the oppressive governments. Such governments survive by coercion, torture, disappearances leading creating genera panic for all. There is widespread corruption to buy up state powers.

Internally it has become easy for dictatorship to grow through fear, suppressing and buying loyalty of the powerful ones. They spend huge money on hiring foreign lobbyists.

The protection of Khashoggi sanctions if enforced strictly it will prove great help for freedom of expression and human rights. The state sponsored criminal will know the government cannot give them total immunity. There will be international accountability for the crimes of the individuals.

We want that this policy of holding individual officers liable for the wrongs committed against human rights should be employed strictly in other countries where the people are victims of state terrorism for holding on to power. The other free world powers should follow the suit to stop systematic terrorism as the state policy to silence dissidents and suppress free press. This is how thuggish states are turning up offering the dangerous thugs state protection and lure of corruption. Other than police, these governments maintain their own private thugs making it difficult who has done what.

Violation of human rights is an international crime and must be so enforced by punishing the individual perpetrators. Sanctions against a government make common people suffer. The dictators do not worry about people's suffering.

Digital Security Act as a black law permitting arrests arbitrarily to keep the legally innocent persons to suffer indefinite period of imprisonment without bail. The courts have to oblige. To use torture in police custody the courts accede to the request of police remand.

Neither the Constitution nor the Digital Security Act allows torture to kill. Killing is the business of those who must create panic for those who are alive.

According to his lawyer Mushtaq died of torture. A judicial investigation should be held to know the truth. He was not punished with death under the Digital Security Act. Law is bad but no law permits torture by police. He died of thuggishness.

More than outside terrorism, the state terrorism has become a silent cancer for a country destroying everything just, fair and decent. It makes a country a thuggish country for everybody live in fear.

Bangladesh government should realise how it has tarnished its international image in the democratic world that its Foreign Minister could not get a personal audience with his counterpart in the USA. He was given two minutes on telephone.