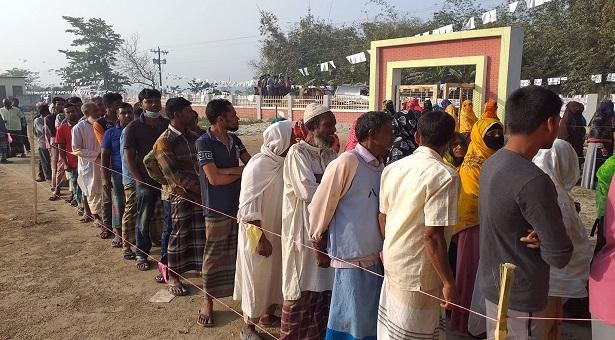 Voting is going on in the fifth phase election to 29 municipalities across the country. Voting started at 8:00 am and will continue till 4 pm. In this phase, voters in all the municipalities will cast their votes through electronic voting machines (EVMs).