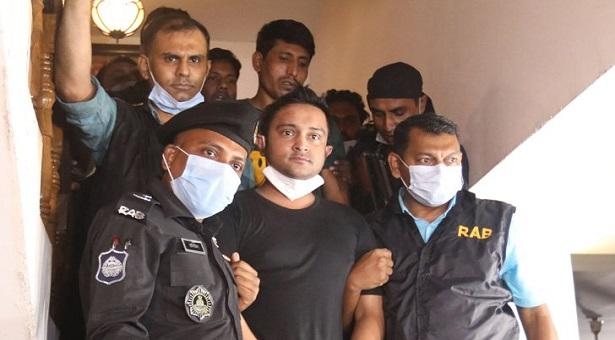 A court in Dhaka on Monday has acquitted Mohammad Irfan Selim, a temporarily ousted councilor of Ward No. 30 of Dhaka South City Corporation (DSCC) in a case under the Narcotics Control Act.

The court of Dhaka Metropolitan Magistrate Shahinur Rahman passed the order on Monday after receiving the final report.

Police, on January 5, discharged Irfan Selim in two separate cases under the Arms and Narcotics Control Act and submitted a final report. Besides, Irfan Selim has been granted bail by the RAB mobile court for carrying drugs and walkie-talkies. Â

On October 26, RAB raided the house of Irfanâs father Haji Selim in Bara Katra of Old Dhaka. At that time, the RABâs mobile court sentenced Irfan Selim to one-year imprisonment for possession of drugs. Irfanâs bodyguard Md. Zahid was sentenced to six months in jail for carrying a walkie-talkie.

On February 11, DB police filed a chargesheet against five people, including Irfan Selim, for allegedly beating and threatening to kill a naval officer.

The other accused in the chargesheet are â Irfan Selimâs bodyguards Zahidul Molla, AB Siddique Dipu, driver Mizanur and Ripon Kazi. All the accused except fugitive Ripon Kazi are in jail after remand.