Myanmar violence: UN calls for immediate end to use of force on demonstrators 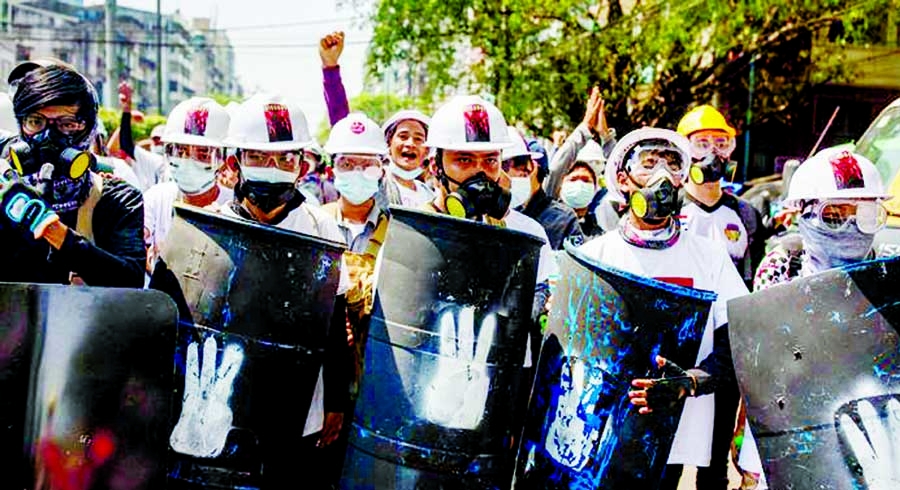 Demonstrators hold shields as they face riot police during a protest against the military coup in Yangon, Myanmar.