Dissent in EC comes to fore

Mahbub works for himself: Huda 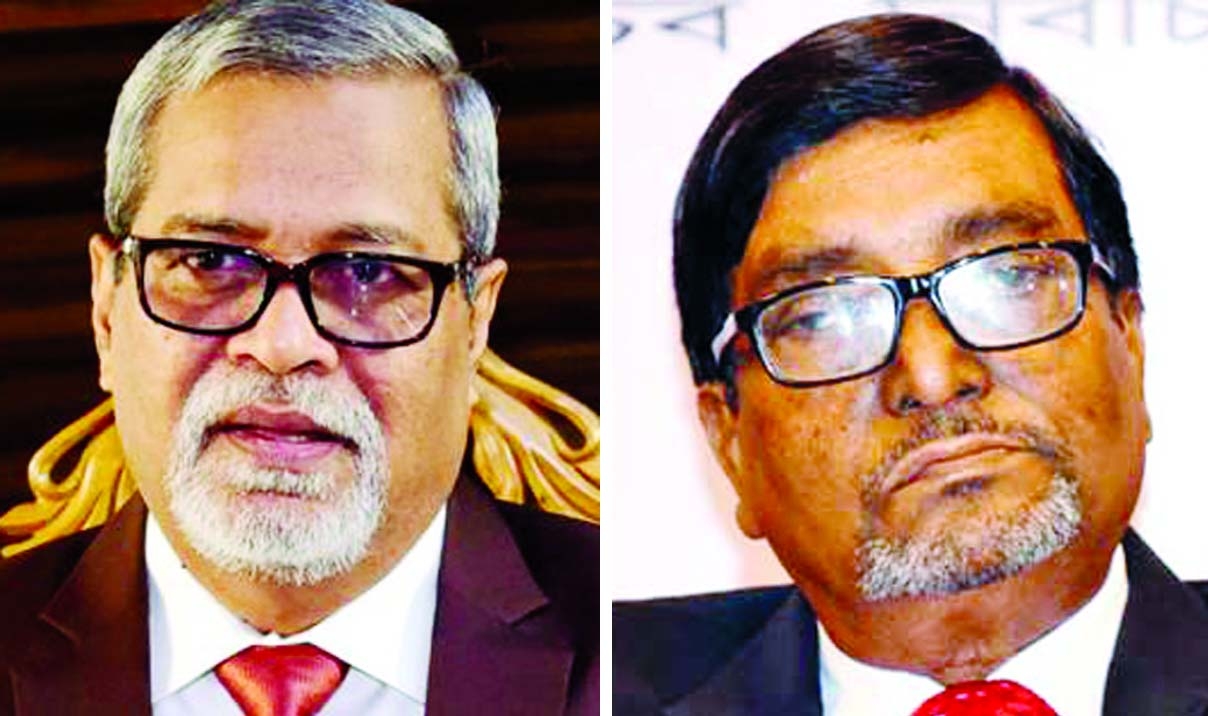 Staff Reporter :
Chief Election Commissioner (CEC) KM Nurul Huda accused Election Commissioner (EC) Mahbub Talukdar of trying to tarnish the image of EC and working for his own benefit.
He does whatever what is necessary to undermine, defame, disgrace and demean the Election Commission.
He commented after Mahbub Talukdar's speech at National Voters' Day programme in the auditorium of Bangladesh Nirbachon Bhaban in city's Agargoan area on Tuesday.
The CEC said that Mahbub Talukder is humiliating the commission out of personal interest and malafide intention. "He made political remarks on the occasion of National Voters' Day. He does not work for the benefit of the Election Commission."
The CEC also accused Mahbub who was present at the programme at the time.
Slamming Mahbub Talukder, Nurul Huda said, "Mahbub Talukder would read out from a piece of paper about the negative sides of the election commission habitually since the day after he joined the election commission. "Today is no different."
Nurul Huda further said he thought he (Mahbub Talukder) would talk about the Voters' Day. "But he gave a political speech. He has been continuing to work to humiliate the EC."
Earlier, Mahbub Talukder said observing the local body elections, I could say that the balance and 'level playing field' required for a multi-party democracy is not being maintained. In unipolar election system, local body elections do not have that importance; rather securing nomination has become important in these days.
A model of irregularity like capturing polling centres and vandalising EVM (electronic voting machine), has been created even in the elections to local government bodies. Despite calling those incidents one-off incidents, a number of such on-off incidents or accidents create a chain that finally emerges as a part of the election.
Citing the example of voting in Rauzan municipality in Chattogram, the election commissioner said the most astonishing municipality election in Bangladesh was held in the Rauzan municipality of Chattogram. Mayor and all 12 councilors were elected uncontested.
As a result, election-related officials and law enforcement members were withdrawn. In the same way, all the winners in Rauzan upazila parishad elections won
Â uncontested. But, probably it would be more appropriate to term this as 'nomination' instead of 'election'.
It would save a lot of money and help us get rid of violence and loss of lives if all of the people's representatives across the country are elected in that model. Then, the election commission would not have much responsibility. In that situation, the question is whether the election commission would be required.
Mentioning that no free, fair and neutral election would be possible unless the electoral process is reformed, Mahbub Talukder said there are apprehensions that the electoral system would be nonoperational unless the electoral process is reformed. All the concerned parties should take positive steps in this regard realising the importance of the matter. If the electoral process is not reformed, even the present type of election will be further distorted.