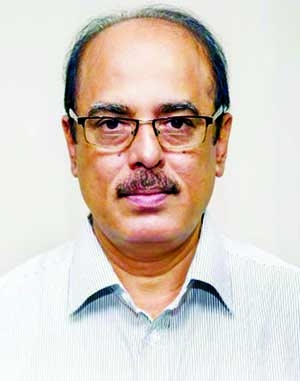 Staff Reporter :
The Anti-Corruption Commission (ACC) has got new Chairman and Commissioner as the government has appointed Mohammad Moinuddin Abdullah, former Senior Secretary to the Agriculture Ministry, as the next Chairman and former Bangladesh. Telecommunication Regulatory Commission's (BTRC) Chairman Md Jahurul Haque as the Commissioner of the anti-graft watchdog respectively.
A notification signed by Cabinet Secretary Khandker Anwarul Islam, announcing the fresh appointments was issued on Wednesday.
The notification said the decision will be made effective soon.
The tenure of the current ACC Chairman, Iqbal Mahood, and the Current Commissioner, AFM Aminul Islam, will end next week.
Moinuddin has Served the Bangladesh Civil Service for 35 years. He joined the Public Administration Department in 1983 and retired in August 2018 as a senior secretary.
He also worked as the secretary to the Housing and Public Works Ministry and the Industries Ministry, the Director General of the Prime Minister's Office, and the Divisional Commissioner of Dhaka.
He also served as the Managing Director of Palli Karma-Sahayak Foundation or PKSF in July 2019.
Apart from these, he worked with various capabilities in different ministries.
Born in 1959 in Comilla, Moinuddin obtained his bachelor's and master's degrees from the Department of Soil Science at Dhaka University.Â  Â
As the ACC Chairman, Moinuddin will have the rank, salary and allowances equivalent to a judge of the Supreme Court's Appellate Division, according to a government notice.
While Commissioner Jahurul's rank, salary, allowances and other facilities will be similar to that of a judge of the High Court Division.
On Jan 28, the government constituted a five-strong committee led by Justice Hasan Foez Siddique of the Appellate Division to recommend names for the chairman and a commissioner of the ACC.
The committee was asked to shortlist two persons for each post.