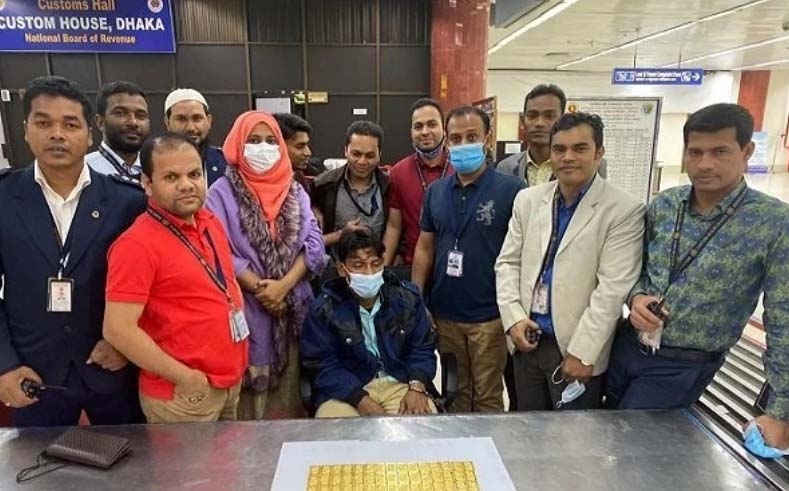 A man was arrested at Dhaka international airport in the early hours of Thursday for allegedly trying to smuggle into the country over 5 kg gold worth Tk 3.20 crore, officials said.
Abul Khayer, a resident of Cumilla district, was intercepted by customs officials on his arrival from Saudi Arabia around 12.45 am on Thursday.

Â "Based on a tip-off, a Customs Preventive team challenged Abul Khayer as he was about to leave the airport and recovered 5.2 kg gold worth Tk 3.20 crore from his cabin baggage around 12.45 am," he said.

Abul was detained by customs officials and handed over to the Airport police. A case was also filed, officials said.