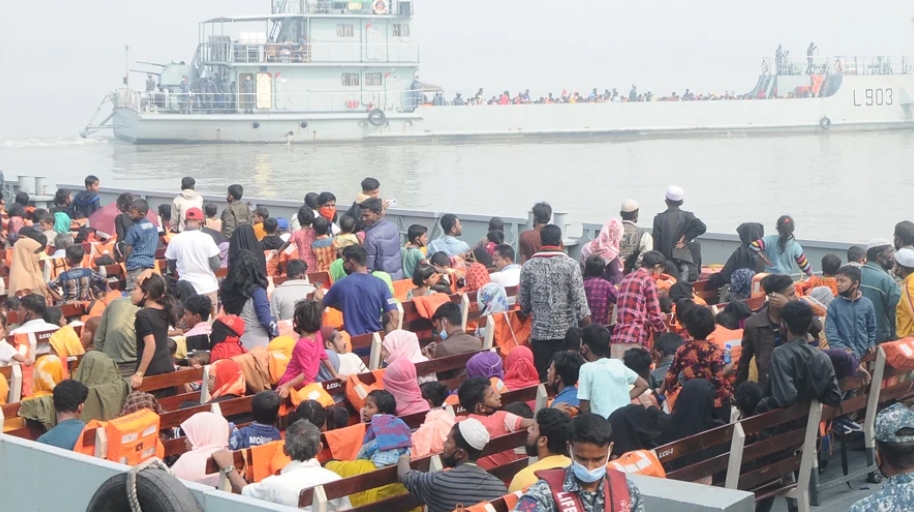 Â A group of nearly 1,800 refugee Rohingyas set sail for Bhasan Char Thursday, as part of the government's plan to relocate them to the remote Bay of Bengal island from crammed camps in Coxâs Bazar.

On Wednesday, some 2,257 Rohingyas were taken to Bhasan Char under the fifth phase of the relocation programme. These refugees had been living in camps at Ukhiya in Coxâs Bazar, said Nayan.

"A total of 4,016 Rohingyas were brought to Chattogram from Coxâs Bazar in the last two days," he added.

So far, 9,540 Rohingyas have been relocated to the island in four phases, sources at the Office of the Refugee Relief & Repatriation Commissioner said.

The fourth batch was shifted to Bhasan Char on February 15. The first batch was taken to the island on December 4 last year.