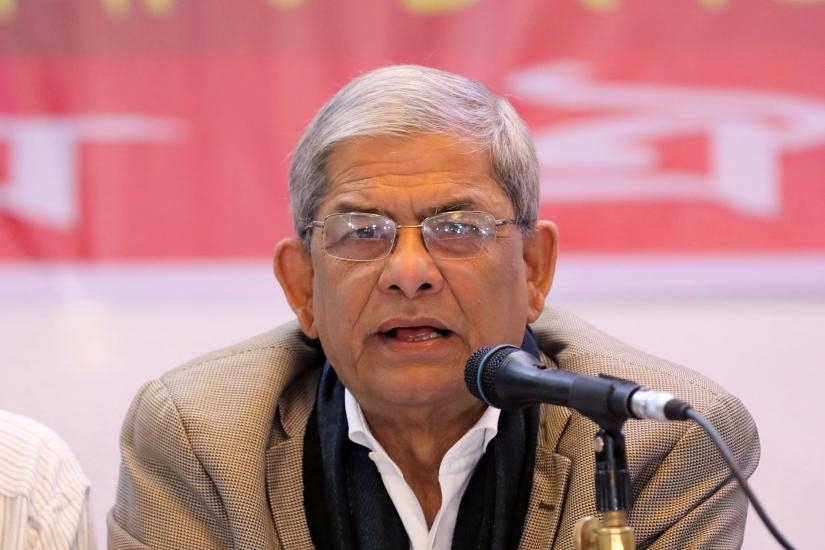 BNP secretary general Mirza Fakhrul Islam Alamgir on Thursday alleged that the killing of writer Mushtaq Ahmed was âcarried out by the stateâ.
The BNP secretary general came up with the allegation at a rally in front of the Jatiya Press Club protesting the death of writer Mushtaq and Noakhali journalist Borhanuddin Mozakkir in infighting between two factions of Awami League. Jubo Dal organised the rally.
âWriter Mushtaq Ahmed was killed keeping him in jail unjustifiably after his arrest under the Digital Security Act. We said in the very beginning that it is a state-sponsored assassination,â said the BNP leader.
He also said BNP is demanding a judicial probe into the killing.
âNot only one person, around 700 people have been arrested under the act. All, from 5 year-old children to housewives have been arrested just for criticising the government or drawing cartoons â¦.our journalists are the worst victims.â
âThis government is a fully illegal government, an unelected one. Theyâre there in power by force and are enacting anti-people laws to cling to power. Theyâve snatched peopleâs freedom of speech through the Digital Security Act,â he added.
Fakhrul demanded immediate release of all those arrested under the Digital Security Act.
He also demanded the withdrawal of âfalse casesâ against their Chairperson Khaleda Zia and Acting Chairman Tarique Rahman and holding of fresh elections under a nonpartisan government.
He called upon the political parties to get united and said: âThis government must step down, they donât have the legitimacy. We hope the government will fall with peopleâs united movement,â the BNP secretary general said.
BNP leaders Amanullah Aman, Shahiduddin Chowdhury Anee, among others, attended the rally presided over by Jubo Dal president Saiful Alam Nirab.
Huge police personnel remained deployed in front of the Press Club since morning while water canons and riot cars were also kept ready.
The rally started at 10 am and the BNP men left the place around 11:30 am.
Writer Mushtaq reportedly suffered a heart attack inside his cell at Kashimpur Jail on Thursday last.
"He was rushed to Shaheed Tajuddin Medical College Hospital where he was declared brought dead," Senior Jail Superintendent Md Gias Uddin said.
An unnatural death case was filed with the Gazipur Metropolitan Police's Sadar Police Station in connection with Mushtaq's custodial death.
The 53-year-old writer, who published the book "Kumir Chaasher Diary" under the pen name Michael Kumir Thakur, was picked up by Rapid Action Battalion (RAB) personnel from his Lalmatia home on May 2, allegedly for posts over the handling of the Covid-19 pandemic.