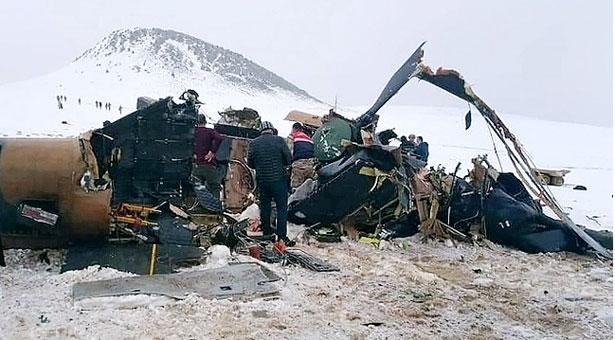 11 members of the Turkish army were killed when a military helicopter was crashed in southeastern Turkey. Two more soldiers were injured in the incident.

The countryâs defense ministry has confirmed the information.

The Cougar helicopter crashed near the village of Kekmes in Turkeyâs Bitlis province, the Anadolu Agency reported.

According to the Turkish news agency, the helicopter was going from the city of Tatvan to the nearby province of BingÃ¶l. Authorities lost contact with the helicopter at 2:25 pm ??local time.

Turkish officials say nine of the victims died on the spot. The other two died at the hospital. Among those killed was Turkish Army Commander Lieutenant General Osman Erba?.

The Turkish Defense Ministry described the crash as âan accidentâ, however, the details were not disclosed.

The European Union and the United States have mourned the loss of NATO ally Turkey. They also said that they are ready to provide any kind of help if needed.

The military helicopter crashed in an area where Turkish forces often carry out operations against Kurdish militias.

Earlier in 2017, at least 13 soldiers were killed when a military helicopter crashed in Turkeyâs ??rnak province, which located between the borders of Iraq and Syria.